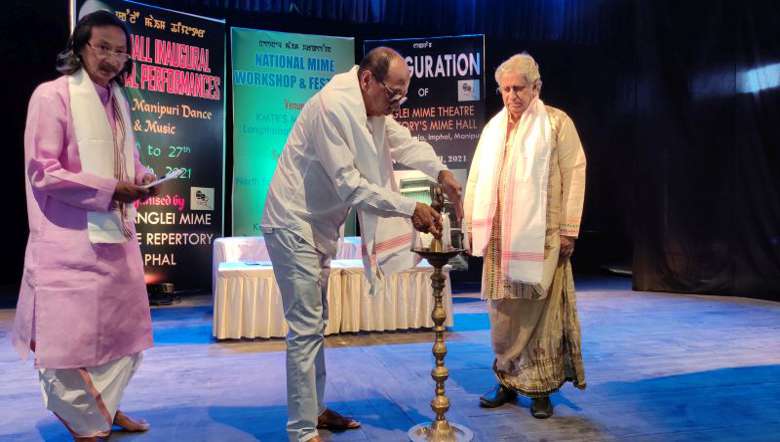 The first-ever mime hall of the state constructed by Kanglei Mime Theatre Repertory (KMTR), in its premises at Langthabal Kunja, Imphal West was inaugurated on Thursday.

The hall was constructed by KMTR through self contributions and financial support from the Ministry along with donations from the public. Besides the inaugural of the mime hall, an artistes’ guest house for KTMER donated by speaker of Manipur Legislative Assembly Yumnam Khemchand was also inaugurated.

Speaking to the media on the sidelines of the function, KMTR director Y Sadananda said the inauguration of the mime hall was the fulfillment of a long cherished dream. Due to absence of a proper mime hall, mime artistes in the state face inconveniences in practicing their art, he said. KMTR expects that these issues will be reduced to a great extent from now onwards and it will eventually help in promoting the art form.

“There is no proper mime hall even in the country and I can proudly say that KMTR Mime Hall is the first ever mime hall in the state,” he announced while appreciating and extending his gratitude to people who gave support and cooperation in constructing the mime hall.

Mentioning about the popularity of this art form in the state, he said that mime is not new in the state. Although the number of the artistes practicing mime is very few, many artistes had reached international level in this art form, he added. 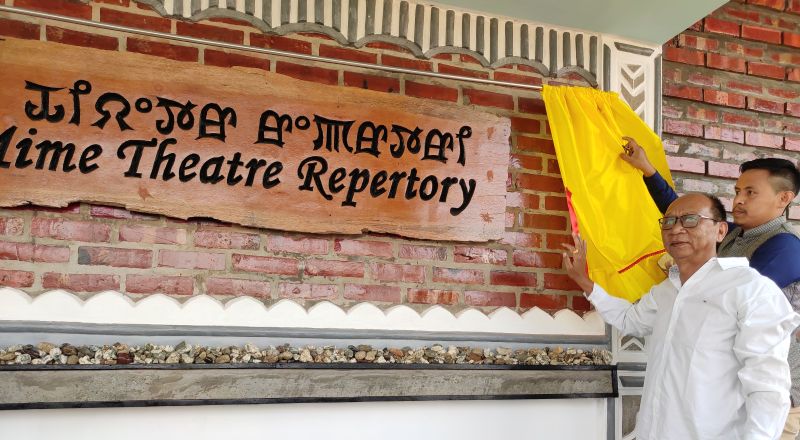 Attending the function as chief guest, speaker, Manipur Legislative Assembly Yumnam Khemchand said that mime is one of the toughest art forms in which everything is expressed through body language, movement and gesture. Promoting such an art form among the youth of the state would help in bringing many of them in the right path, he added.

After the inaugural function, a five-day long national mime workshop and festival was also kicked off at the premises of KMTR, Langthabal Kunja Imphal West.

Director, Indian Mime Theatre, Kolkata Niranjan Goswami who is also Padmashree awardee (in mime) attended as president of the function.