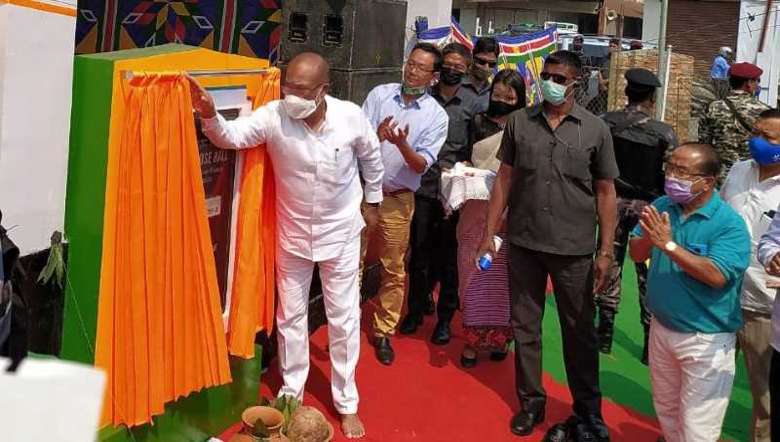 The state government will not tolerate any derogatory speech and expression against the government by anyone, said Manipur Chief Minister N Biren Singh.

Biren was delivering the chief guest speech during the inauguration function of a multipurpose hall at Laipham Khunou Mitong Lampak in Imphal East on Wednesday.

Pointing out that the present young generation lacks discipline while interacting with elders, he said that there is a need to mobilise the youths and encourage them to take part in social activities, games and sports to instil discipline in their minds.

Further pointing out that many people have lost their lives at a very young age due to substance and drug abuse, he said, as a result, the numbers of young widows are alarmingly increasing in the state.

In order to save the lives of the youths in the state from the menace of drugs and other substance abuse, the public need to express solidarity and fight the war against drugs, he added.

Biren said that under the Central government’s Van Dhan Vikas Yojana, a total of around 30,000 tribal women of the state who are involved in the collection, processing, value-adding, packaging and marketing of value-added products from minor forest produce have been given employment by creating around 3,000 self-help groups.

With this, the Tribal Cooperative Marketing Development Federation of India (TRIFED) has declared Manipur as a model state for the Van Dhan Vikas Yojana, he added.

The chief minister further said that everybody should take their chosen professions seriously and they must not take their duties for granted. At the same time, people should work diligently for the collective betterment of the state, he added.