The arrested persons along with seized item have been handed over to Mayang Imphal police station for further legal procedure. 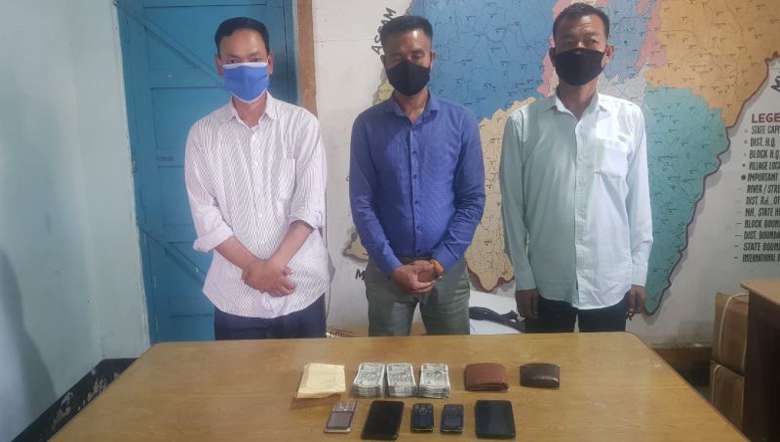 A team of district commando Imphal West arrested three active cadres of KYKL, a proscribed underground organisation from their respective residence on Tuesday.

Police reported that on Tuesday at about 7.30 am, the said commando team arrested Athokpam Ajit alias Basanjit Singh Singh, 52, son of late A Achou Singh of Uchiwa Awang Leikai from his residence.

On preliminary examination and verification he disclosed that he has been working under the command of finance in-charge, Imphal West of the said proscribed underground organisation, Lala since 2020.

From his disclosure the team arrested another two associates named as Puyam Dinesh alias Pingku Singh, 42, son of late P Apabi Singh of Lilong Chajing Awang Leikai and Khoirakpam Ibotomba Singh, 54, son of late Kh Angou Singh of Ningomthonjao at 10.10 am and 11.30 am from their respective residences.

They also admitted that they are also working under the said Lala of the organisation and extorted huge amounts of money from the general public, employees and others.

The arrested persons along with the seized item have been handed over to Mayang Imphal police station for further legal procedure.