The bandh is imposed against the state government's decision to delete ‘Any Kuki Tribe’ from the recognised scheduled tribes list. 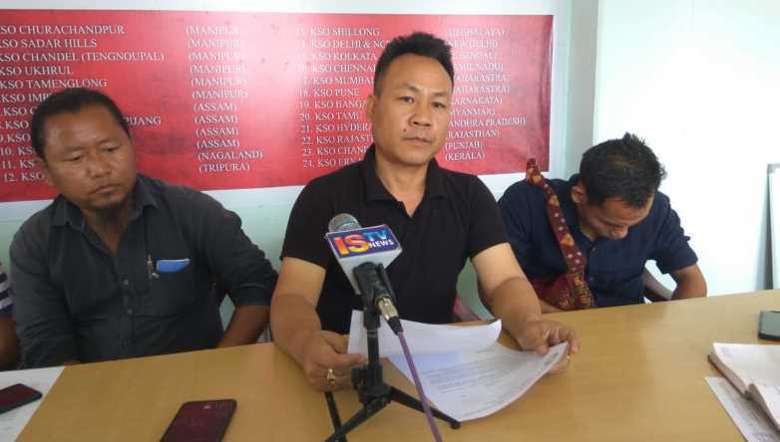 Kuki Students' Organisation general headquarters on Tuesday announced that a two-day total shutdown will be imposed in the state mainly in all Kuki dominated areas from March 26, in protest against the Government's alleged 'wanton decision' to delete Any Kuki Tribe (AKT) from the list of recognised Scheduled Tribes in its cabinet meeting on October 19, 2018 and failure to retract its decision despite appeals to halt further process.

The decision to impose the total shutdown was taken in its emergency meeting on Tuesday with its branches and units at Imphal and it was subsequently announced in a press conference after the meeting.

Earlier, the student body had appealed to the state government through its joint representation submitted to the chief minister to retract its October 19, 2018 cabinet decision to delete AKT from the list of recognised Scheduled Tribes and halt further process for the deletion. It stated that such a wanton and unwarranted decision is bound to meet severe opposition for the fact that it would deprive thousands of people of their status as a recognised Scheduled Tribe under the Constitution of India.

It also appealed to the government to leave the tribe undisturbed and leave it as AKT is still a recognised tribe under the Constitution of India while alleging that the state Government had already acted as if the recognised tribe is no longer existent in the state of Manipur.

It also alleged that the state government’s determination to delete AKT from the recognised tribes of the state is apparent from the fact that it already denied or excluded it to receive financial help from the state for the establishment of tribe-wise tribal museums.

President KSO general headquarters Paotinthang Lupheng while addressing the media at Kuki Inn, Imphal said that the cabinet decision of October 19, 2018 is strongly condemnable as it adversely affects the status and identity of people under AKT and it is against the Constitution which guaranteed people belonging to AKT, their status as a Scheduled Tribe in the state.

He continued that in spite of the appeal made by KSO to retract its decision to delete Any Kuki Tribe from recognised Scheduled Tribes list and halt further process, the state government hitherto failed to react favorably.

Today, it is AKT that the government wants to delete and tomorrow it could be Simte, Zou, Thadou and other Kuki tribes", he asserted while reiterating its stand that the KSO resolved to oppose any decision of the government that threatens the status of its people whether it be AKT or any other Kuki tribes recognised under the Constitution of India.

He also said that the state government must uphold and respect an act of Constitution and allow the AKT to retain its status as recognised under the Scheduled Castes and Scheduled Tribes Orders (Amendment) Act, 2002 (No.10 of 2003) Part X while adding that the state government would be committing a big blunder if it meddles with the status of the 32 sub tribes who are subscribed to AKT in the state.

The student body also appealed to the people of Manipur to support and help them avoid any untoward incidents during the total shutdown through cooperation and restraining from violation of the total shutdown.