Intending candidate of Kshetrigao constituency Sheikh Noorul Hassan said that the paddy lands of the assembly constituency will be transformed under agricultural revolution by 2023. 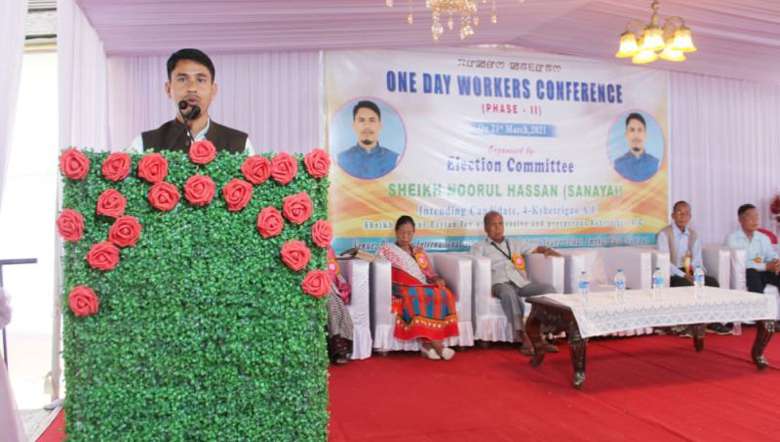 He was speaking at the 2nd worker conference held in Kshetri Awang Leikai. He promised the people that Kshetrigao assembly constituency will become a model constituency of the state within five years if he wins the coming general election.

By 2023, the paddy lands of the assembly constituency will be transformed under agricultural revolution and green revolution by implementing multiple cropping and development of organic farming, he said.

Besides handloom and handicraft works, he will develop poultry farm, dairy fish farm, etc. at the Seenaipung work-shed to bring green, white, blue and silver revolution, he assured. Further, he will give pensions to people above 60 years of age for social security, he said.

He also informed that the efforts to remove the issues faced on getting facilities on sectors like health, housing, education, water, sports, road connectivity, natural resources, and tourism are on the pipeline. Unemployed problems are high among the youths of Kshetrigao, he said, adding the means to resolve them are being taken up. The conference was attended by more than 1,000 people of Kshetrigao.