Considering the kind of healthcare services given in Ukhrul District Hospital, how can we accept the claims that hill and valley are at equal positions, TMNL president Somatai Machinao said. 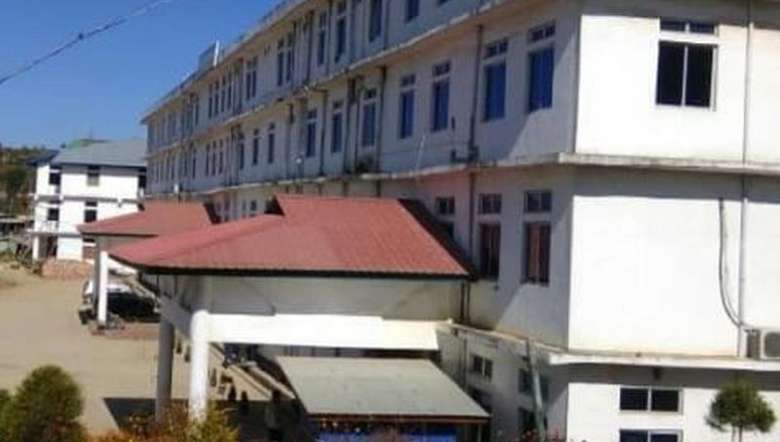 Citing lack of infrastructure and manpower in Ukhrul District Hospital, the Tangkhul Youth Club also known as Tangkhul Mayar Ngala Long (TMNL) on Sunday demanded the state government to provide all necessary requirements for the hospital to deliver proper healthcare service to the people in the district.

Ukhrul District Hospital is providing healthcare services to a population of around 2 lakh in the district, TMNL president Somatai Machinao said to a media team when it visited the district recently.  However, the hospital is reeling under various issues due to lack of infrastructure, basic amenities and manpower, he said.

The TMNL president said a blood bank, ICU ward and anesthesia section are some of the vital services which the hospital is still lacking. There are less than 20 nurses and the number of doctors is also inadequate, he said.

Somatai said the youths of Ukhrul protested last year against the prevailing scenario at the hospital. But the state government had not taken up any initiatives till date except that five doctors were posted following the protest, he said. However, most of the newly transferred doctors did not show up at the hospital till date and they remained confined only in Imphal, he added.

He said that when people from the interior part of Ukhrul come to the district hospital for treatment, they face many disappointments and are disheartened to find out many shortages in the hospital.

The present government had been shouting from the rooftops that hills and the valley are one and moving at the same pace of development, he said.

“But in reality, hill areas are still lagging far behind. Considering the kind of healthcare services given in Ukhrul District Hospital, how can we accept these claims that hill and valley are at equal positions,” he lamented.