As the OST centres in Ukhrul district of Manipur face acute shortage of therapy medicines, patients often have to compromise on prescribed doses of the medicine. 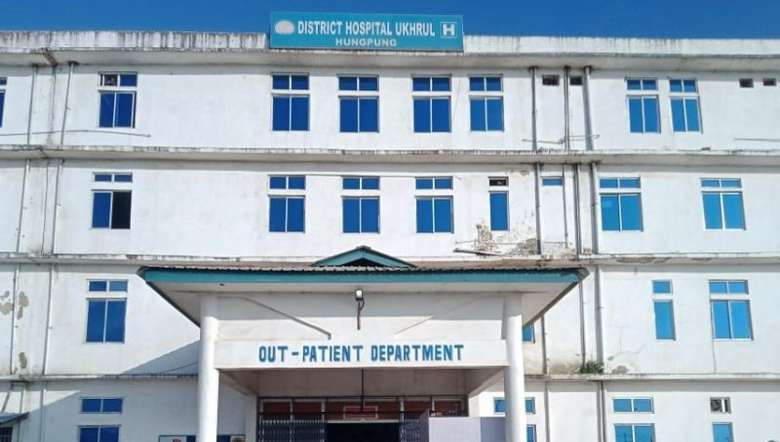 Shortage of drugs for Opioid Substitution Therapy (OST) programme in Ukhrul District Hospital coupled with lack of manpower in OST centres is taking its toll on patients, who are dependent on prescribed drugs, which is a vital part of the "substitution therapy".

To take stock of the situation, the Community Network of Empowerment (CoNE) Manipur along with a media team visited the OST Centre of Ukhrul District Hospital on March 18, and met with some drug users who are availing OST treatment from the centre. The visit and interaction laid bare various issues concerning OST service in the district.

Since 2007, the National AIDS Control Organisation (NACO) commenced OST service with various objectives, amongst which one of the major ones was to prevent HIV transmission among the injecting drug users (IDUs) by reducing injecting behaviour. As such, the service is meant only for IDUs and they had to consume the prescribed medicine at the centre itself. However, it appears that some of this system and practices have been overlooked.

Speaking to the Imphal Free Press some patients under the programme disclosed that they started using the prescribed opioid substance under the OST programme as injecting drugs. It also appears that services are also availed sometimes by alcoholics and people who popped or inhale psychoactive drugs among others.

According to NACO’s norms, each OST centre has to be manned with four staff consisting of a doctor, a nurse, a counsellor and a data manager. However, the OST Centre of Ukhrul District despite having high number of OST patients is operated only by two staff which include a nurse and data operator.

As per the report from OST Centre of Ukhrul District Hospital, around 460 people are currently availing the OST programme out of around 600 people being registered so far. This number of clients is much more than OST Churachandpur District Hospital. Churachandpur is considered one of the districts of Manipur with a high percentage of IDUs.

The prevailing scenario of manpower shortage could be one major reason the programme is being misused. It is learnt that since handling around 460 clients by just two staff is impractical, the situation compels clients to undergo improper counselling and take away of prescribed medicine. Making the matter worse, the centre is facing an acute shortage of OST medicine, compelling the clients to compromise on the doses of the medicine.

“Sometimes I have to take other psychoactive substance due to lack of OST medicine or sometimes due to the absence of staff. Being a long-time drug user, I cannot survive without OST even for single day. As such, I have to depend on other psychoactive substances,” said Tom (name changed), a drug user who has been availing the OST service. Tom also appealed to the state government for an uninterrupted supply of the prescribed drug (Buprenorphine) under OST programme.

Tom, who is a long time OST dependent patient, further complained that the centre is misusing the service in various ways. He claimed that some clients have started injecting the sublingual medicine provided as the OST centre sometimes just handover the medicine to the patient instead of letting them consume it orally in the centre.

“We are facing a lot of problems to avail the OST service. I have to spend almost Rs 80 daily but some time I have to leave empty handed due to absence of staff. I consider such days as the worst days of my life. Another major problem is that we do not have any trained person to consult my medicine doses. It seems like they are just providing doses of medicine just on assumption. Apart from this, we have to compromise our daily dose whenever there is shortage of medicine in the stock,” he lamented.

Tom also shared about alcoholics, cocaine users and people who popped pills and have started accessing the OST programme. “Being a regular visitor to OST centre, I often met these type of people accessing the OST service. Providing medicine without in-depth inquiry of the patient is unfortunate. If the current system does not change, many ineligible individuals will continue to have access to the service,” he added.

President, CoNE Manipur, RK Nalinikanta said that OST programme was started with good vision to prevent HIV transmission, reduce criminality, reduce premature deaths due to overdose, reduce domestic violence among others. The programme was also started in the state around a decade ago, and so far around 24 OST centres and many satellite OST centres are already opened in the state. But the problem of shortage of OST drugs arises from time to time, he said.

Lamenting the shortage of OST drugs and the unethical practices, Nalinikanta asserted that the effectiveness of accessing OST programme would not be achieved if clients do not follow the prescription norms of OST. He further spoke about the elimination of HIV/AIDS by 2030 under sustainable development goal, but mentioned that “unavailability of OST drug would be like being back to square one for many IDUs.”

It is high time for the Manipur AIDS Control Society (MACS) to intervene in the current issue faced in OST centre of Ukhrul District Hospital as number of OST clients in the said centre is so huge, he added.

“CoNE has been actively involved in any kind of problem that arises in the OST centres of the state most of the time. We usually find most of the centre with client of around 120-130. But I feel surprised by the number of clients accessing the OST in the Ukhrul district hospital. It is unimaginable to handle above 450 clients with just two staff,” he complained and appealed to the state government to equip the centre with enough staff.

Updating on the present stock position, he said the current stock of drugs will last for around three days. Considering this situation, the staffs have decided to close down the centre much against the wish of the clients.

“Due to the prolonged shortage of drugs, even one of the clients came to attack the staff of the centre with an axe out of frustration. The situation has reached such a condition that as a staff, I even feel pity to see them whenever there is shortage of drugs. At the same, we also feel insecure thinking about the recent incident. We earnestly would like to draw the attention of the authority concerned about the smooth supply of OST drugs,” the staff appealed.