The Manipur Central Jail inmates were screened for Hepatitis B and C viruses (HBV and HCV) under the National Viral Hepatitis Control Programme (NVHCP) on Friday. 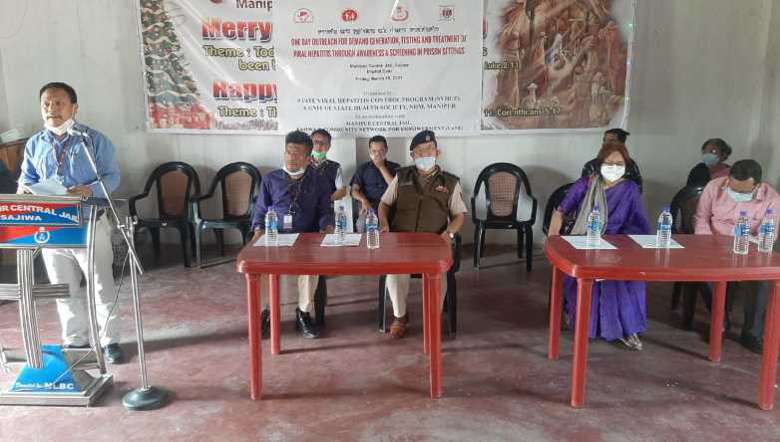 Inmates of Manipur Central Jail, Sajiwa, who are recovering from drug addiction, were screened for Hepatitis B and C viruses (HBV and HCV) under the National Viral Hepatitis Control Programme (NVHCP) on Friday.

President of CoNE, RK Nalinikanta said in a release that CoNE in association with BABINA Diagnostics and Nirvana Foundation took up the initiative of providing free HCV treatment exclusively for the prison inmates for the first of its kind in India after it was independently organised by CoNE in the year 2017. The initiative was taken up in three different phases in which a total of 45 prison inmates were provided free HCV treatment.

Among the 23 inmates with drug use background, 16 inmates were recorded with 70 per cent positivity rate of HCV and HBV. One among them was co-infected both with HCV and HBV, it added.

The programme was attended by superintendent of prison, Touthang, state nodal officer of NVHCP, Dr RK Rosie and president of CoNE, RK Nalinikanta as presidium members. Medical staff of Manipur Central Jail and staff of CoNE were also present during the function, the release said.

During the function, Dr RK Rosie Devi said that the screening programme was conducted for the first time under the national programme inside the prison to bring the prison inmates, who are considered to be among the high risk groups, for testing of HCV and HBV and to link them for treatment under the NVHCP. She also expressed gratitude to S Touthang for giving cooperation in making the function a grand success and to CoNE for conducting the screening session, it added.