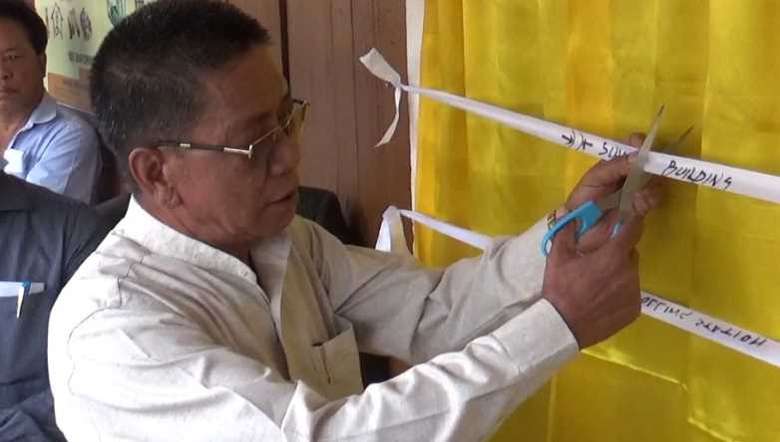 The new building of Hiangtam Government Aided Junior High School and Hiangtam Polling Station no.60/36 at Hiangtam village under Singhat sub-division was inaugurated on Friday by MLA of Singhat assembly constituency, Ginsuanhau Zou.

In the presence of the village chief and his villagers, the MLA said that construction of the new building of the school was requested by village chief Thangchinmang Zomi and it was funded by the MSDP. He also said that seven PHSC are yet to be constructed in Singhat AC.

During the occasion, the MLA further said that the polling station is for the people to exercise their democratic right by voting honestly in the years to come. The ZEO team also presented sports items for the students to the head mistress of the school, which was handed out by the additional DC.