The three students of the school tested positive for COVID-19 on Tuesday. 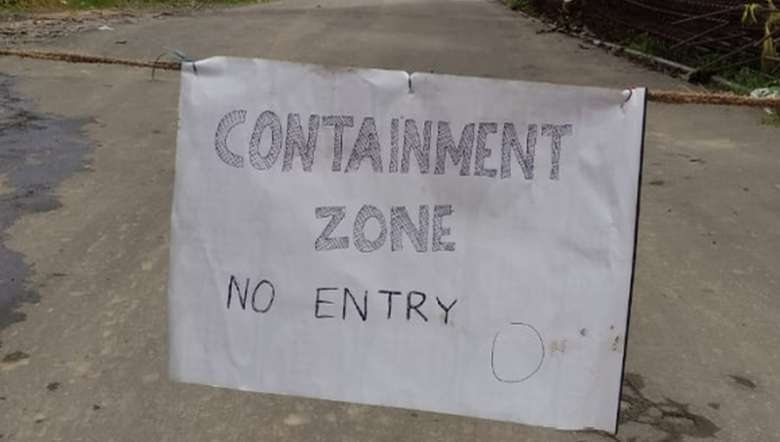 The DC stated in an order that in view of the impending threat of COVID-19 pandemic in the area, it has become expedient to issue a containment measure to prevent spread of the disease in the area.

“In excise of the powers under Para 12 of "The Manipur Epidemic Diseases, COVID-19 Regulations, 2020, declare the containment measures in the geographical area of St. John's Boarding, Nungba; resident of Buandailung Gangmei; resident of Jaojiandai Kamei, resident of Napsinpou Kamei, and an unnamed Jungle," the order stated.

It further stated that any person or institution or organisation found violating any of the containment measures would be deemed to have committed an offence punishable under Section 188 of Indian Penal Code and section 51 of the Disaster Management Act, 2005.

It may be mentioned that three students of the school tested positive for the viral infection on Tuesday.

On Thursday, CM Minister N Biren Singh said in a Facebook post that the contacts of the students, including 39 students and four teachers were tested immediately but confirmed negative.

The chief medical officer, Noney Dr Edwin said to the media that three students have been staying at the hostel of St John’s School, Nungba for about a month. On the night of March 16, they took tests for COVID-19 after suffering from symptoms like fever and their results came positive, he said. They are being treated at JNIMS COVID Care Centre at present their situations are said to have improved. They all are juvenile class eight students from M Khunou, Nungba.

After being tested positive on March 17, contact tracings were conducted and about 60 persons including the hostel warden and teachers who came into contact with them were also tested but their results came negative, he said.

Further, the families and people of the village who were in contact with them were also tested and all their results came negative. However, the deputy commissioner of Noney has taken the efforts of keeping them under home isolation and the students at the hostel were also isolated. RT-PCR test will be conducted for the people whose results came negative, Dr Edwin said.

Dr Edwin said that there was no travel history outside their village and the source of infection is yet to be found.