Chief information commissioner of Manipur Information Commission Oinam Sunil said that the RTI Act is one of the most effective tools to bring transparency and accountability in the government. 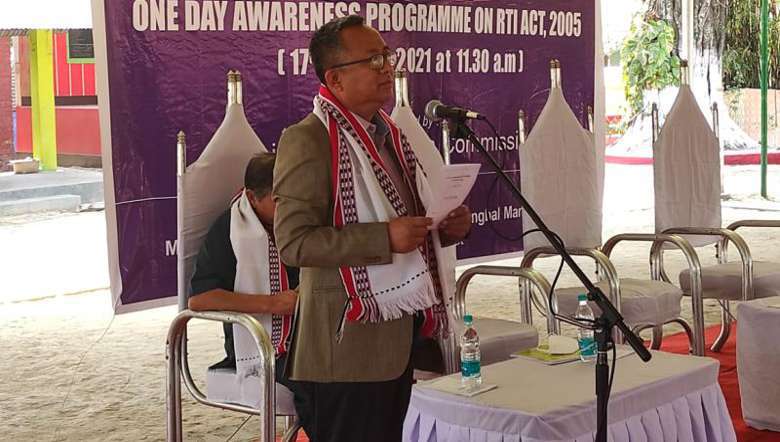 Right to Information (RTI) Act is one of the most effective tools to bring transparency and accountability in the government and to contain and fight corruption in the society, said chief information commissioner of Manipur Information Commission Oinam Sunil.

The society has started accepting and considering corruption as normal activities, Sunil said, citing the trends of giving a bribe of around Rs 10-15 lakh during the recruitment process of Manipur police and IRB.

Asserting that RTI has given the power to assess to the government records of certain works and schemes by any citizen of the country, the chief information commissioner said that RTI can help the public in checking and monitoring any types of corruption implementing government schemes and projects.

The commission has the power to impose penalty and take up disciplinary action against any government officers if they are found to be corrupted, said Sunil.

He said for the smooth conduction of certain cases brought up before the Manipur Information Commission, the government has appointed three information commissioners of the state since 2018. Since then the commission is dealing with around 300 cases every year, he added.

As a step to provide access to government accounts in Cannada, its government has uploaded every expenditure of the government in its website, he informed.

Sunil lastly appealed to all the people of Manipur to take the opportunity of RTI and join the fight against corruption.