Abocha in 46th, Borish in 55th and Nilakanta Singh in the 68th minute proved their worth with a goal each for the victory on Monday. 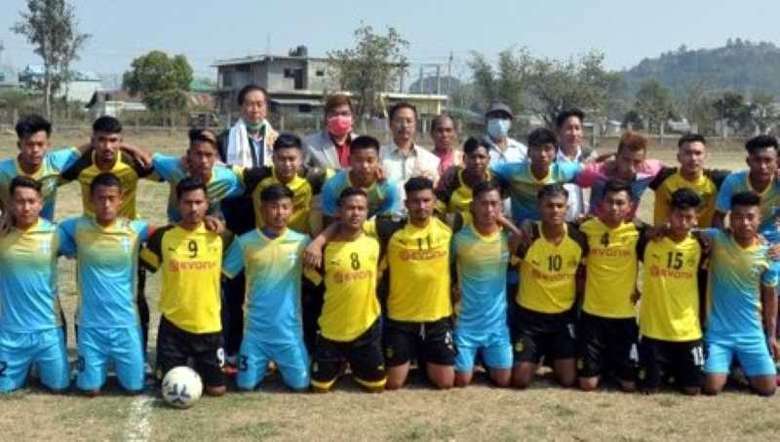 The first proved to be a stalemate as both teams failed to take a grip in the match, to render it goaless. However, things got real frenzy as PSYC team unfurled its wings to strike three goals in a spate of 20 minutes to dominate and ran off with the victory for 3 points.

Alex Maring struck the opening goal for PSYC team in the 48th minute for the lead and later Lanchungrei consolidated in the 50th minute and D Marwin Maring wrapped up the match with the third goal in the 68th minute for the comfortable win.

In the second match, DYA Elangkhangpokpi beat YWU Kakching by 6-3 goals. YWU looked positive in the beginning as they made constant raids to its rival territory but their tempo died down in the second half, giving the upper hand to the DYA team.

YWU struck the opening goal through Langamba in the 17th minute of play but Nilakanta Singh came to the rescue for the DYA team with the equaliser in the 19th minute. Later, it was tits for tats, with Nobinchandra in the 21st minute and Langamba scored in the 37th minute for YWU teams.

For the DYA team, it was Shamchandra Singh, who struck twice in 38th and 39th minute to draw parity with 3-3 goals in the first half.

But the second half belonged to the DYA team as Abocha in 46th, Borish in 55th and Nilakanta Singh in the 68th minute proved their worth with a goal each for the victory today.