The chief minister stated that the government had conducted the survey for nearly a year in order to develop the website so that proper planning for development of the Imphal area could be done. 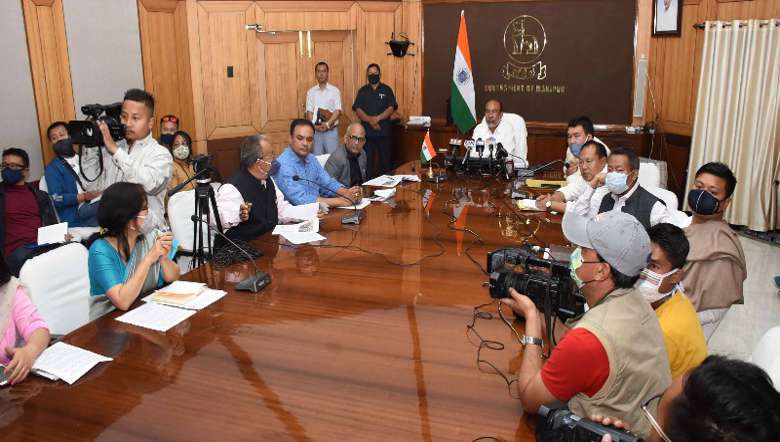 Manipur Chief Minister N Biren Singh on Friday launched a website of Town Planning department, Government of Manipur at the Chief Minister’s Secretariat. General public can log on to the website at www.tpmanipur.mn.gov.in.

The launching programme was attended by MAHUD minister Okram Henry, Forest minister Awangbow Newmai, CAF & PD minister Thokchom Satyabrata, deputy speaker Kongkham Robindro, chief secretary Dr Rajesh Kumar, principal secretary PK Singh and Officials of Town Planning department among others.
N Biren Singh said that the website was the Geographic Information System (GIS) based master plan for Greater Imphal for the Horizon Year, 2041. He added that the multipurpose website would be useful in levying property tax in and around the Greater Imphal area as the details of a building could be known using the website. He further stated that the government had conducted the survey for nearly a year in order to develop the website so that proper planning for development of the Imphal area could be done.

The chief minister further informed that the union government had accepted the state government’s proposal for the 2nd Phase Sewerage Project with a project cost of around Rs 1,440 crore and had recommended the National Development Bank for the same.

He also informed that the state government had started dividing the areas of Imphal City into Sector wise and also started providing House Numbers which would be helpful to the public in locating their houses. Mentioning that the launching of the website was a step toward coordinating efforts between the government and public in planning for future development, he appealed to the public to extend support in the initiative.

General public can log on to the website and check the correctness of the data regarding the type and use of their building/land reflected in the Existing Land use Map, 2021 after registering the name and ID of the user. Public could also leave comments if they found any incorrect data about their buildings and land.