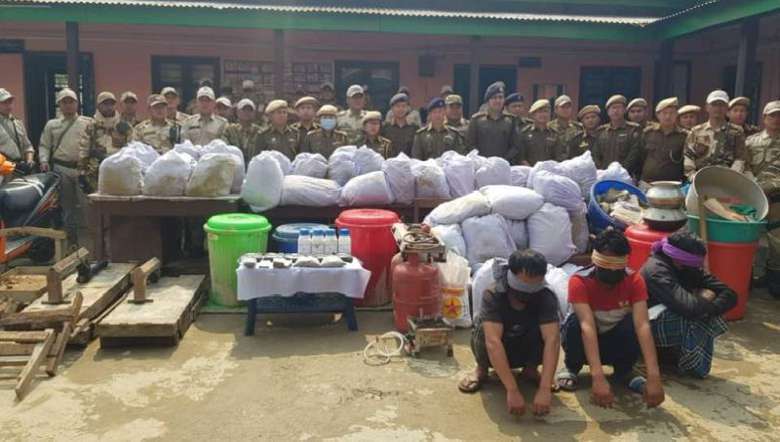 Manipur Chief Minister N Biren Singh on Wednesday said that a sum of Rs 15 lakh will be rewarded along with CM's commendation to the Thoubal police team who busted two brown sugar manufacturing units at Lillong Nungei Khunou Mamang Leikai.

Further, from the house of Md. Manergul, Heroin Brown Sugar 53/20 kg, one pair of pressing boards, one plastic tub, one plastic brite and Rs 61,400 in cash were also seized.

The police team also seized four vehicles which were suspected to be used in transportation of drugs, the SP said, adding that three persons were arrested during the drive.