Indian Sandalwood: The significance of the sacred wood

The high value of the species has caused over-exploitation, to the point where the wild population is vulnerable to extinction. 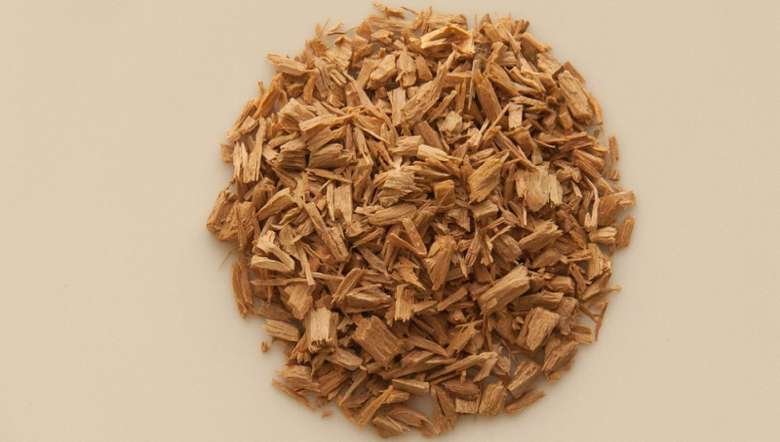 Chandan or Indian Sandalwood is commonly known as white or East Indian sandalwood and widely used by the Meitei community as a symbolic makeup item. It is also commonly used in religious practices and is considered sacred to the culture of the people. It is highly valued for its medicinal and healing properties and the great traditional significance it holds. Here is all you need to know about the white Indian sandalwood.

Indian Sandalwood or Santalum Album is included in the family Santalaceae. According to various studies on it by experts, the name, Santalum ovatum, used by Robert Brown in Prodromus Florae Novae Hollandiae (1810) was described as a synonym of this species by Alex George in 1984. Indian Sandalwood is a small tropical tree, and the traditional source of sandalwood oil. It is native to southern India and Southeast Asia. It is considered sacred in some religions, and some cultures place great significance on its fragrant and medicinal qualities. However, the high value of the species has caused over-exploitation, to the point where the wild population is vulnerable to extinction.

The nomenclature for other "sandalwoods" and the taxonomy of the genus are derived from this species' historical and widespread use. Etymologically it is derived from Sanskrit chandanam, meaning "wood for burning incense", and related to candrah, meaning "shining, glowing".

Santalum album L. is indigenous to the tropical belt of the peninsular India, eastern Indonesia and northern Australia. The main distribution is in the drier tropical regions of India and the Indonesian islands of Timor and Sumba. There is still debate as to whether S. album is native to Australia and India or was introduced by fishermen, traders or birds from Southeast Asia centuries ago.

Indian sandalwood has high santalol content, at about 90 per cent, compared with the other main source of the oil, Santalum Spicatum (Australian sandalwood), at around 39 per cent, and India used to dominate production of sandalwood oil worldwide, but the industry has been in decline in the 21st century.

The use of S. album in India is noted in literature for over two thousand years. It is used as wood and oil in religious practices. It also features as a construction material in temples and elsewhere. The Indian government has banned the export of the species to reduce the threat by over-harvesting. In the southern Indian states of Karnataka, Andhra Pradesh and Tamil Nadu all trees of greater than a specified girth were the property of the state until 2001/2. Cutting of trees, even on private property, were regulated by the Forest Department.

Sandalwood oil has been widely used in folk medicine for treatment of common colds, bronchitis, skin disorders, heart ailments, general weakness, fever, infection of the urinary tract, inflammation of the mouth and pharynx, liver and gallbladder complaints and other maladies.

Santalum album is recognized as a vulnerable species by the International Union for the Conservation of Nature (IUCN). It is threatened by over-exploitation and degradation to habitat through altered land use, fire (to which this species is extremely sensitive), Spike disease, agriculture, and land-clearing are the factors of most concern. To preserve this vulnerable resource from over-exploitation, legislation protects the species, and cultivation is researched and developed.

Until 2002, individuals in India were not allowed to grow sandalwood. Due to its scarcity, sandalwood is not allowed to be cut or harvested by individuals. The State grants specific permission to officials who then can cut down the tree and sell its wood. The Indian government has placed a ban on the export of the timber.

The species was the first to be known as sandalwood. Other species in the genus Santalum, such as the Australian S Spicatum, are also referred to as true sandalwoods, to distinguish them from trees with similar-smelling wood or oil.