Five must have ethnic dishes of Meitei community

One of the most important ingredients in Meitei cooking is fermented fish locally known as ‘Ngari’. 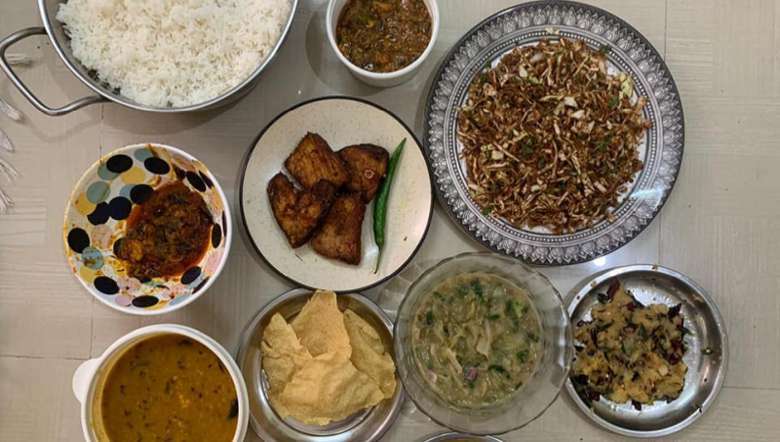 Food cuisine of the Meitei community, a major ethnic group native to the state of Manipur in Northeast India, is popular for its unique style of preparation, taste and flavour, and variety of dishes and delicacies.

Rice, vegetables and fish are staple foods of the Meitei ethnic group, which represents about 53 per cent of Manipur's population today.

Roasted dried fish or fried fresh fish is usually added in most of the stews and curry to lend special taste. The vegetables, herbs and fruits consumed in the region are similar to those in East/Southeast/Central Asian, Siberian, Polynesian and Micronesian cuisines such as Myanmar, Thailand, etc. One of the most important ingredients in Meitei cooking is fermented fish locally known as ‘Ngari’.

Here are the five must have authentic ethnic dishes of the Meitei community:

1. Ooti– Ooti is a classic vegetarian cuisine of Manipur. This authentic dish is included in every vegetarian or non-vegetarian feast of the Meitei people. There are different types of ooti and the names are given based on the ingredient used. However, baking soda is a must ingredient to make these different types of ooti.  Mangal ooti is made using dried peas and pulses with rice, Ushoi ooti in which bamboo shoot is the main ingredient and ooti ashangba, a green colour ooti made by using wild taro leaves and many green vegetables with broken rice, etc.

2. Eromba – Erombais an exotic cuisine included in every feast of the Meitei’s and also one of the favourite dishes of Meitei people. It is a delicious dish prepared by boiling different kinds of vegetables along with fermented fish called ngari. All the ingredients are mashed into fine paste and finally garnish it with some maroi such as coriander leaves, spring onion etc.

3. Chagempomba– This particular dish has a unique taste and pungent smell. It is one of the popular dishes of the Meitei’s. To prepare chagempomba various kinds of seasonal vegetables and spices are required and hawaijar i.e. fermented soya bean is the main ingredient to make chagempomba.

4. Kangsoi– Kangsoi is a simple yet delicious healthy vegetable stew. The other name of this dish is also called Chamthong and it is made by boiling seasonal vegetables along withngari,sliced onion and a bit of ginger to add the flavour. This dish goes very well with hot local chutney called morok metpa.

5. Nga toiba thongba – It is a delicious ethnic dish of the Meitei community which is included in every non-vegetarian feast. The fish is cut into big size along and cooked with various spices to add taste and flavour. The fish is mashed as nga atoiba thongbameans disintegrated fish curry.

All meals are served with some fresh aromatic herbs on the side of the platter. A typical every day Meitei meal will have rice, vegetable or fish curry, a piquant side dish eithermorok metpa or iromba, a champhutwhich is a sweet vegetable, e.g., carrot, pumpkin or cucumber slices just steamed or boiled with a little sugar. The community occasionally consume meat like chicken, duck meat, and pork during festive or special occasions.