‘Anyone who puts pressure on Forest officials will be punished’ 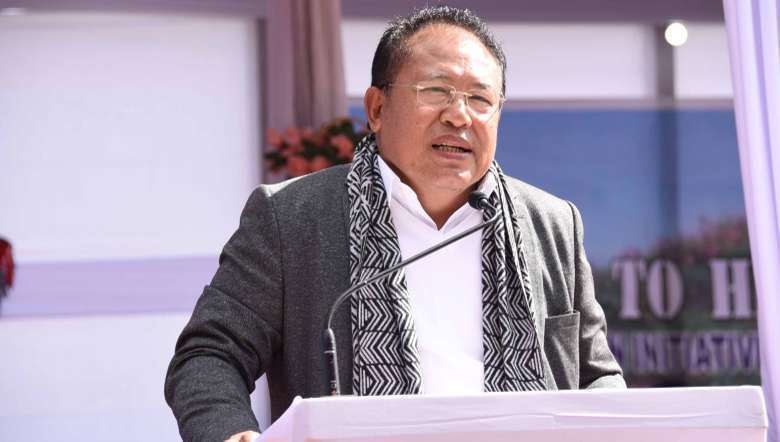 Manipur Forest Minister Awangbou Newmai on Monday assured to take strict action against anyone who puts pressure upon forest officials while they are carrying out duties to protect the forests.

He gave the assurance during the 12th session of the 11th Manipur Legislative Assembly when MLA Kh Joykishan moved the calling attention on the floor of the house regarding encroachment and excavation of earth from Chingkhei Ching Reserved Forest Area.

Joykishan said that though Chingkhei Ching is a reserved forest area and not so far off from Imphal, illegal excavation of earth is being carried out almost on a daily basis at Tinsid Chingdol Area of the said reserved forest.

Seeking assurance from the minister, he further said that to prevent such illegal activities, Forest officials are taking up necessary steps by arresting those involved in excavating earth. However, local dailies have published reports that Forest officials usually get pressure from higher authorities to release the persons involved in the illegal action. As a leader of the Forest department, the Forest minister must assure to intervene and stop such activities of pressuring the department officers and staff that are doing their services to protect forest and environment, Joykishan said.

In response, Awangbou said that the government is taking serious concerns on the excavation of earth at Chingkhei Ching. Despite facing many odds, the department is putting efforts to check and control the illegal activities which are taking place in the said reserved forest area. However, as the illegal activities are usually carried out during midnight, they are unable to control the activity completely, he said.

The said forest minister that there are shortages of manpower in the department. As such, no staff can be stationed round the clock, he added. He further said that even if there is a shortage of staff, some strict actions have been taken up by punishing those illegal excavators who have been arrested or nabbed by the department so far.

Awangbou also said that the government is keen on protecting and preserving the forest and its environment. Therefore, they are working on the process to increase the number of forest guards and provide single barrel guns to them, he said. At present, the forest is managed by one forest guard for an area of 24 square km but in other states, 1 square km is controlled by three forest guards, he added.

The minister also assured to take action against anyone who pressurizes the Forest department to release any person arrested in connection with illegal excavation, regardless of their power or status. He also sought support from people of the state to extend their cooperation in any initiative taken up by the government in protection and promotion of forest.