Manipuri Films administration to be restored to DIPR by March likely

Four film bodies had in December 2020 urged CM Biren to restore the subject of film to the DIPR from the Art and Culture department. 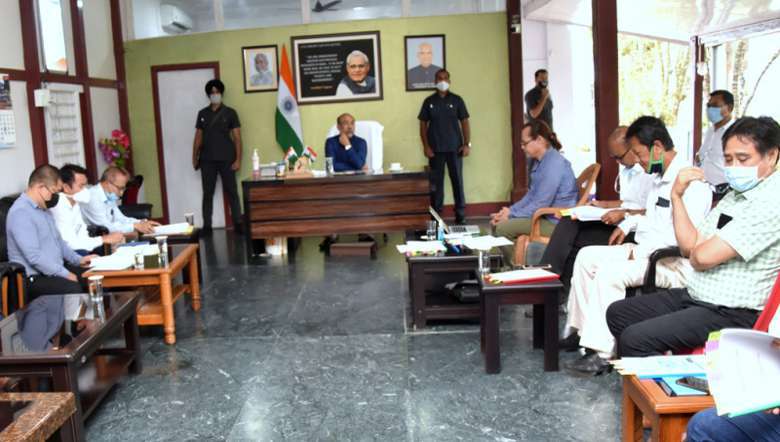 The administration of Manipuri Films is likely to be restored to the Directorate of Information and Public Relations (DIPR) by March.

Chief Minister N Biren Singh on Monday announced that the state was trying to revive the Manipur film industry and implement the memorandum submitted by four film associations of the state by March.

Biren was responding to a question raised by opposition MLA K Ranjit during the ongoing Manipur Legislative assembly session.

Four film bodies, the Film Forum Manipur, the All Manipur Film Producers Association, the United Cine Exhibitors Association and the Manipur Film Journalists and Critics Association under the banner of the Action Committee for Manipur Film Industry had in December 2020 urged the chief minister to restore the subject of film to the DIPR from the Art and Culture department, and to initiate establishment of Manipur Film Finance and Development Corporation Ltd.

The MLA, while noting that the memorandum has been referred to the Art and Culture commissioner with the instruction to process the same, questioned the status of the process.

The chief minister further said that the government is seriously considering the Manipur State Cine Policy and looking into the memorandum submitted by the four film groups of Manipur. He informed the House that there are no cinema halls in Manipur having digital cinema projector.

However, the palace auditorium of the Manipur State Film Development Society (MSFDS) has a digital cinema projector for film promotional activities, he said.

“The main reason for the downfall of Manipuri Film Industry is that in Manipur, the subject of film has been transferred from the then publicity department to the culture department in a meeting of film personalities and government officials held on November 13, 1980,” stated the memorandum submitted by the Action Committee for Manipur Film Industry.

It also stated that the Government of India announced film as an industry on May 10, 1998. The then union minister Sushma Swaraj also wrote to the chief minister of Manipur on May 20, 1998 to set up a film industry in Manipur. However, the Art and Culture department did not take up the important issues instructed by the Centre for growth of Manipuri Film Industry, it stated.

The memorandum further stated that the Art and Culture department of Manipur has so far not received any projects/ schemes and funds for films provided by the Information and Broadcasting Ministry.

Citing the deteriorating situation of the Manipuri Film Industry and the inability of the Art and Culture department in dealing with the subject of films, the four groups urged the government to take necessary actions for bringing back the subject of film to the DIPR to streamline the proper working of film in coordination with the Ministry.