Law in Motion: The General Diary or Station Diary or Roznamcha

The GD is the most important document at a police station. Information recorded in the GD sets the law in motion in policing. 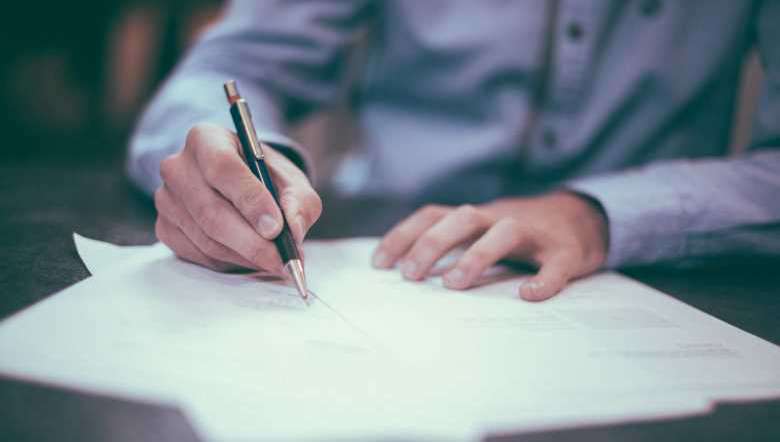 A number of states have State Police Rules and Manuals. Rules take precedence over manuals. Manuals are usually internal instructions for guidance – a virtual ‘best practices’ or ‘standard operating procedures’ (SOPs). Sometimes, however, the two are used inter-changeably, which is not legally a correct thing to do.

Most of these manuals were prepared during British times but have been periodically updated. The manuals derive their authority from the Police Rules or Cr.P.C/Other laws/Indian Constitution. Sometimes, manuals incorporate all the provisions and are in the nature of a ‘policeman’s handbook’ or ‘reference manual’ in which case, the handbook also contains most of the rules and laws – all in one place.

Putting the law into motion:

Law starts taking recourse when a deviation from socially accepted behavior takes place. In most societies, most socially deviant behaviours are already known or listed or defined. These behaviours, would either qualify as ‘civil matters’ or ‘crimes’, the difference, usually being attributed to motives, intent and the outcomes of the action which is being considered.

Thus, if a person ‘A’ takes money from ‘B’ and does not return it, it could very well qualify as a civil matter or a crime.

If the intent was never to return it or the money was taken under a misrepresentation of facts, it could be a crime. However, each matter has to be considered separately and that is where discretion comes in – of public, police and even the judiciary. In some cases, a lack of ‘bad’ motive or an intention may not be able to prevent the categorization – a mere act or outcome could be considered as deviant or criminal – e.g. a road accident – intention may be absent but the act itself could complicate things for the doer.

Who Can Report to Police:

Once an ‘improper’ act is committed, law should start taking its course. However, although law is applicable everywhere, law is not omni-present. Thus, improper ‘acts or omissions’ would have to be noticed and reported. Usually, the acts come to the notice of individuals/persons in the society. It is the individuals/person who have to report the deviations. These deviations are reported by ‘persons’ to police/public servants.

The IPC defines a person as "person" includes any Company or Association or body of persons, whether incorporated or not.

Thus crimes can be committed by or against ‘persons’ and these persons can be living ‘man/woman’ i.e., human beings or companies and associations. The definition itself prescribes clearly that the company or association need not be incorporated or registered. This body of individuals, who are identifiable can be either victims of a crime or its perpetrators.

Thus, an information/report to police or magistrate can be made either by a living person or by a company or association. It is, not necessary, that the company/association make a police report only when it ‘itself’ is a victim or ‘accused’. A company or an association can make a complaint to police on ‘any matter which it feels is a crime’, not necessarily related to its work.

Public spirited individuals or companies or associations can also report to police/magistrates.

When is a report to be made to Police:

An ordinary person is not expected to know which act or omission is a crime or not. However, that said, ignorance of law is no excuse in law. There is a presumption that everyone knows the law.

Therefore, the prudence and commonsense dictates that when we notice or become aware of anything against the society’s morals or ethics or something which is blatantly incorrect, it should be informed to police. Which exact crime is committed in legal parlance, is for the police to decide.

As a matter of caution and commonsense, anything which is discussed in closed quarters or behind backdoors or is kept hidden in secrecy deliberately is likely or should arouse suspicions about being ‘irregular’ and perhaps ‘unacceptable’ or ‘’criminal’. This is generally how acts have been criminalized in the societies at large.

Crimes, in our systems are not crimes against individuals only, who are called victims, but against the society. It is for this reason that in all criminal cases, the State is the prosecuting party. Acts which are serious enough to cause trouble to individuals but can adversely affect the wellbeing of the society at large are defined as ‘crimes’.

Therefore, when in doubt, inform the police is the advice for the public.

What is the format of a Report to Police:

The CrPC does not provide for any specific form or format for the public or civilians about information to the police. The public just has to inform the police in whatever manner possible.

For an ordinary man, an FIR is the beginning of the process.

However, what is not known is that the FIR is usually preceded by the police making a record of the information received in a book/register maintained at the Police Station which is called a General Diary (GD) or Station Diary (SD) or Roznamcha-i-Aam. Sometimes, the registration of an FIR and entry in GD is done simultaneously too. An FIR and a GD Entry (GDE) are not the same.

The GD is the most important document at a police station. Information recorded in the GD sets the law in motion in policing – whether it is preventive action or investigation or even simple law and order duties. It is the document for any cross-references for any other work done at a police station.

The GD of a police station/out-posts is maintained on a daily/monthly basis, serially numbered entries, in a chronological order and in duplicate or using carbon-paper. GDEs are attested by the signature of the officer in charge of a police station at the time.

On the policing side, GD may include the following entries:

(a) Details of occurrences which may be brought to the knowledge of police officers;

(b) All information lodged and charges preferred whether cognizable or not, names of informants or/and all persons arrested, the offences charged against them;

(c) Weapons or property of which police have taken possession and names of the witnesses who have been examined;

(d) For a person arrested, his name, the number of the case in which arrest was made, dates of arrest and receipt in the police station lock-up, date and hour when forwarded to the court etc ;

(e) Information obtained in regard to the following matters:

• Passage through/gathering together within the limits of the station of large bodies of people;

• Village chaukidars – their attendance, information furnished by them at muster parade or obtained otherwise regarding the presence of suspicious characters, gamblers, swindlers, foreigners, or members of wandering tribes, occurrence of any suspicious deaths amongst cattle, result of enquiry, if any, made by chaukidars should also be entered in the general or station diary if such information has not been entered in the Village Crime Note Book (VCNB).

(f) Enquiries made regarding absconders/surveillees;

(j) Help given to excise officers in detection/prevention of excise offences;

(k) Details of prisoners in the lock-up.

In modern times, the GD and GDEs are also significant for other reasons. Citizens usually carry/possess a large number of other documents or items which are important. Sometimes these items get stolen or misplaced and it becomes necessary to get new or duplicate ones.

The concerned departments/agencies ask for police reports. Usually in most such cases, a GDE is sufficient. Some such cases could be loss or un-intentional loss of ID Cards (whether Govt or private or institutional); certificates of qualification or education etc; Passports; Driving Licenses or vehicle RCs; Aadhaar Cards; ATM – Debit/Credit cards or Bank Passbooks or SIM cards; Vehicles – although a theft would have to be registered as an FIR: Insurance Policies etc or Loss of mobile phones, laptops, tablets etc – which are not theft or robbery.

While reporting to police, please mention the ID/Passport/Check Number, Date of issue, expiry date etc. if you have this information. The police station officer – a Literate Constable (L/C) or a Sheristadar or a Munshi records the information in a register and gives a certified copy of the report to the informant with a date/time stamp and GDE Number to the informant for record. This receipt can be used as an official document for report to police in most cases.

It is important to note that NO PAYMENT is to be made to anyone at the police station for making a GDE. It is done ‘free of cost’.