The tourists were stuck on the Nathu La-Gangtok road following a heavy snowfall and sub zero temperature on Thursday. 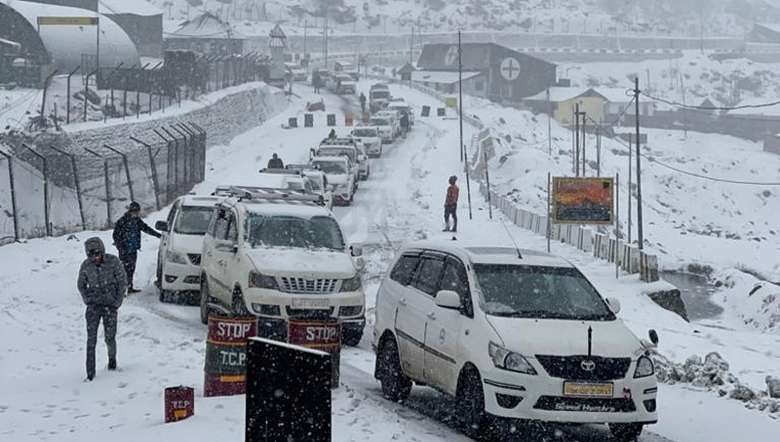 As many as 447 tourists stranded due to heavy snowfall at Nathu-La pass near the India-China border in Sikkim have been rescued, the Indian Army sources said.

The tourists were stuck on the Nathu La-Gangtok road following a heavy snowfall and sub zero temperature on Thursday, the sources said.

Nathu-La pass is located in East Sikkim on the Indo-Tibetan border, about 14,450 feet above sea level.

In a statement, the Army said that the tourists were travelling in about 155 vehicles and got stuck due to the snowstorm at Nathu-La pass over a 15 kilometers stretch.

The tourists were rescued in army vehicles and accommodated in the barracks of 17 Mile Military Camp, the Army said, adding that there were no major injuries or casualties.