Chief Minister N Biren Singh informed the House that the government has constituted a Rationalization Committee chaired by the chief secretary to look into the transfer and posting of state government employees. 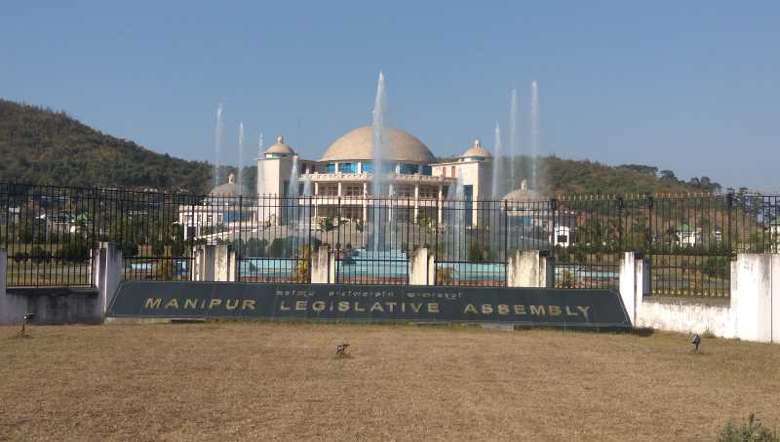 Leader of the House and Chief Minister N Biren Singh informed the House that the government has constituted a Rationalization Committee chaired by the chief secretary to look into the transfer and posting of state government employees.

Making the announcement during the Demand Discussion on Demand No. 11 -Medical, Health and Family Welfare Services, the chief minister said that during the rationalization process, the main priority will be given to the Health and Education departments.

The chief minister, who is also in charge of the Medical, Health and Family Welfare Services, said that at present there are 886 vacant posts of doctors out of sanctioned posts of 2138. Stating that the Manipur Public Service Commission will soon start functioning, he said that the process for recruitment of 300 doctors will be taken up on priority basis.

Biren said that altogether transit accommodations are being set up at 19 locations across the state out of which some have already been inaugurated. The remaining will be inaugurated at the earliest, he said, adding that once these buildings are inaugurated and start functioning, state employees can avail the facilities and remain stationed at their place of postings. He said legal actions will be taken up as per service rule against any employee who is found absent from their place of posting, once these buildings start functioning.

The transit accommodation buildings have 40-capacity each, he added.

Meanwhile, speaking on the fight against the present COVID-19 pandemic, the chief minister lauded all sections of the public for their support and cooperation in fighting the pandemic. He said that it was a joint effort and the government is thankful to all people. He said the effort to combat the pandemic is still going on and the government still requires the support and cooperation from all fronts.

Biren also said that on the issue of procurement of low quality face mask specially N-95 mask, the vigilance has taken up a case and the supplies have been seized. As of now, all items procured in connection with the fight against COVID-19 pandemic are first examined by an expert committee, including Director Health Services, Director JNIMS, Director RIMS, and then utilized as per requirement.

The leader of the House also assured to table a White Paper before the House on the expenditure incurred while combating the COVID pandemic before the end of the ongoing session.

Industries Minister Thongam Biswajit Singh said that the department has taken up several welfare schemes for the weavers, artisans, and entrepreneurs of the State. He highlighted several schemes, including the Handloom Promotion Scheme, Handloom and Handicraft Delivery Scheme, Weavers Card, Yarn Pass Book.

Weavers who possess Yarn Pass Book will avail 20 per cent subsidy while procuring yarn and that under the Handloom and Handicraft Delivery Scheme, the department delivers yarn and buys back the finished products from the weavers/artisans, he said.

Singh also informed the House that there are three Industrial Estates presently functioning at Takyelpat in Imphal West, Tera Urak in Bishnupur and Kuraopokpi in Kakching.

He continued that three others at Chandel, Kasom and Churachandpur are almost complete, while another three at Imphal East, Senapati and Tamenglong are in the pipeline.

The minister also said that the House has also passed the Manipur Industrial Single Window Clearance Bill, 2021 (Bill No. 7 of 2021) and The Manipur Public Services Delivery Guarantee Bill, 2021.

The Manipur Industrial Estates Rule, 2019 was amended to encourage the entrepreneurs, he said adding that encouraging entrepreneurs will mean more generation of employment. The Minister also explained certain bills including the Manipur Public Service Delivery Guarantee Bill and Manipur Investor and Investment Bill.

Biswajit said that the Prime Minister Formalisation of Micro food processing Enterprises Scheme (PM FME Scheme) will be launched soon in the State. The scheme will promote the “One District One Product.”

A Mega Food Park is coming up at a total cost of Rs 81 crore out of which Rs 50 crore has been sanctioned. The park will also include cold storage. A food testing laboratory will also be established in the state, he said.

Biswajit also said that cold storage was enhanced at the Nilakuthi Food Park which was utilised during the Covid Pandemic in storing perishable items in collaboration with the Horticulture department.

Beneficiaries for loom distribution are received through online and after proper verification and aptitude test is also conducted, he said. However, preference is given to the weaker section willing to weave but have no financial support. He said that the scheme also provides for exchange or repair of faulty parts.