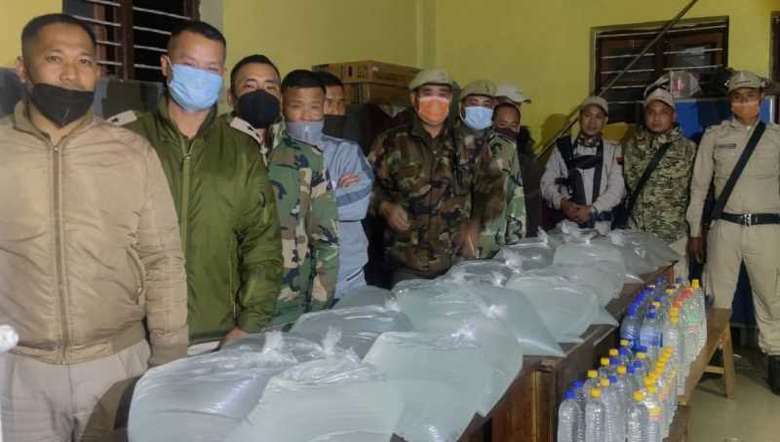 In a massive drive against sale and production of liquor in the state, Manipur Police seized 700 litres of distilled indigenous country (DIC) liquor and arrested four persons from different areas of Imphal West district on Thursday.

A team of Imphal Police Station found about 400 litres of DIC from the possession of three individuals at Old Lambulane area on Thursday at about 7.10 pm. The liquors were detected as a part of the drive conducted at different areas of the district.

The three individuals and the seized DIC have been be handed over to the excise department for necessary action.

Meanwhile, a team of Lamshang police arrested one Laitonjam Naobi, 25, son of L Tombi Singh of Awang Sekmai along with 300 litres of DIC liquor from Lamshang Bazar, Imphal West on the same day at about 12.30 pm.

The arrested person along with the seized items have been handed over to Lamshang excise post for further necessary action.