‘No one has right to claim ownership of NSU land’

The land where NSU is constructed was bought from the then State Durbar by Senjam Chirang and Senjam Khunou by paying an amount of Rs 13, SKSCJDO stated in a release. 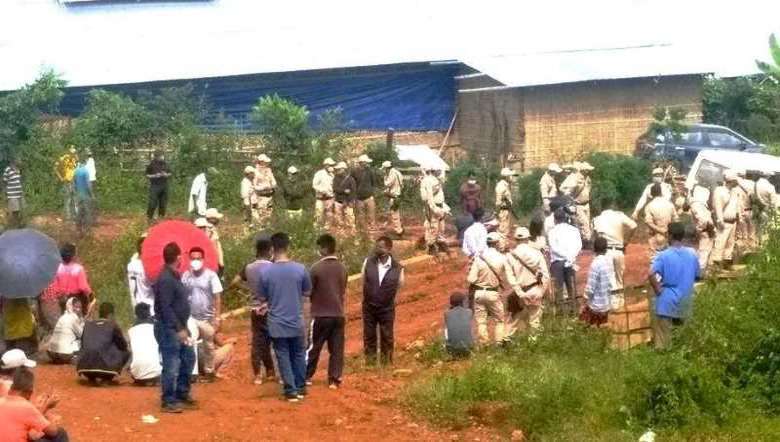 No one has the right to claim the land ownership of National Sports University (NSU), Senjam Khunou and Senjam Chirang joint development organisation (SKSCJDO) stated on Thursday.

The land where NSU is constructed was bought from the then State Durbar by Senjam Chirang and Senjam Khunou by paying an amount of Rs 13, a release stated. The said land area was sold at State Dubar by one Penakhongba Khumon and another village chief (plaintiff) of Konsakhul through the then SI Duncan as per order issued by the state durbar on January 20, 1928 before it was bought by the two villages, it stated.

In the miscellaneous case number 434 of 1927-1828 order of 9 line, it is clearly mentioned that “the plaintiffs in the present case have sold a certain amount of the thatching reserve to one Leitanthem Jane Singh of Kundruk (Koutruk) for Rs 13. Since then thatching reserve has passed through a number of different hands”.

It further stated that Rs 13 was not a little amount considering its value at that time. Senjam Khunou and Senjam Chirang claim the ownership of the land as the villages have proper documents, it added.

It is also mentioned by RC Deo Sharma in 'The Manipur Code Part II' during 1963 that the order will remain in force, the release stated. The state government should not compromise the ownership of the land and no one has the right to claim ownership of the land, it added.