Aniston rose to international fame for her role as Rachel Green on the television sitcom Friends (1994–2004), for which she earned Primetime Emmy, Golden Globe, and Screen Actors Guild awards. 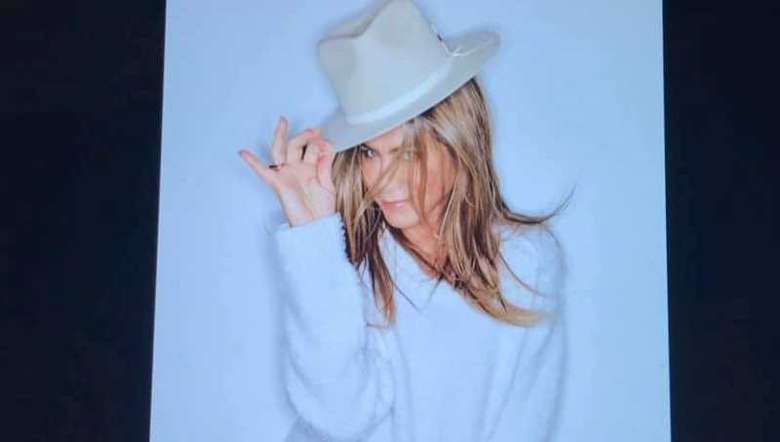 Jennifer Aniston is an American actress, producer, and businesswoman. She began working as an actress at an early age with an uncredited role in the 1987 film Mac and Me; her first major film role came in the 1993 horror comedy Leprechaun. Since her career grew in the 1990s, Aniston has become one of the world's highest-paid actresses.

Aniston rose to international fame for her role as Rachel Green on the television sitcom Friends (1994–2004), for which she earned Primetime Emmy, Golden Globe, and Screen Actors Guild awards. Her character became widely popular and is regarded as one of the greatest female characters in television history. Aniston has since played starring roles in numerous dramas, comedies and romantic comedies.

Her biggest box office successes include Bruce Almighty (2003), The Break-Up (2006), Marley and Me  (2008), Just Go With It (2011), Horrible Bosses  (2011), and We’re the Millers (2013), each of which grossed over $200 million in worldwide box office receipts. She returned to television in 2019, producing and starring in the Apple TV+ drama series The Morning Show, for which she won another Screen Actors Guild Award.

Here are some more fascinating facts about the actress:

1. Jennifer Anniston is the daughter of actors John Aniston and Nancy Dow. Despite their success, Aniston Parents doesn’t want her to pursue a career in acting. Her dad didn’t want her to experience the rejection that came along with it and urged her to become a lawyer. Though, Jennifer has admitted that their discouragement made her want to become an actress even more.

2. Aniston was not the first choice for her popular character Rachel; directors originally had other ideas about who would play who. They had actually picked Courtney Cox to be Rachel and Jennifer Aniston to play Monica. The two actresses actually wanted to play who they ended up being cast as.

3. She struggled with dyslexia, which made reading difficult for her. She officially opened up in 2015 about her long time struggle.

4 Aniiston has been included in numerous magazines' lists of the world's most beautiful women. Her net worth is estimated to be $300 million. She is the recipient of a star on the Hollywood Walk of Fame and is the co-founder of the production company Echo Films, established in 2008.

5. Her agent told her that she had to lose 30 pound before auditioning for a role in Friends. She claimed she was happy that her agent gave it to her straight because the reason she wasn’t getting roles was her too heavy body weight.

6. Jennifer told Allure that while she loved her hairstylist, she hated him at the same time because he started the trend. She claimed it was the ugliest haircut she’d ever seen

Anniston is coming up with some big projects, including varieties of TV and movie project, Murder Mystery sequel, Netflix movies and an HBO Max Friends reunion special are on the way and the morning Show Season 2.