'Attack on ADC Noney carried out to tarnish ZUF’s image’

ZUF stated that kidnapping and snatching of machineries/vehicles keys from various companies/contractors for ransom are the only activities of defected group led by Jenchui Kamei. 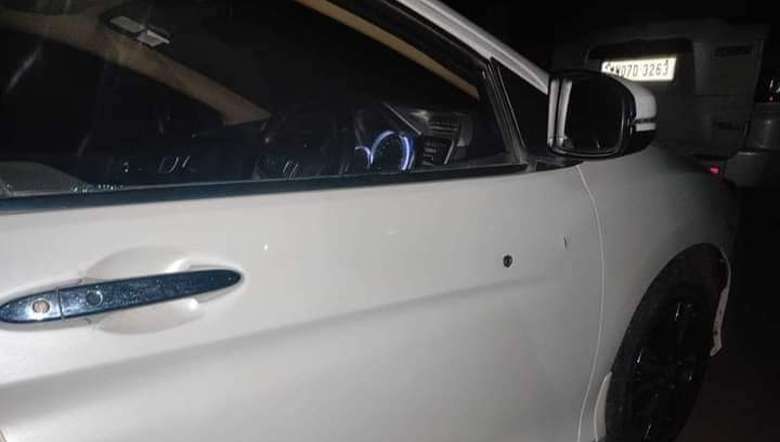 Firing to SDO/ADC of Noney Abdul Hakim’s vehicle on February 2, followed by rampant looting  of vehicles on NH-37 in between Charoi Pandongba Part II and Seijang on February 5, were planned terrorist activities carried out to put blame on Zeliangrong United Front (ZUF) and tarnish its image, ZUF stated on Monday.

Such activities were carried out to make the people confused because ZUF is having a peace process for a political solution with the Government of India under the banner of NNPGs, stated a release issued by secretary, ministry of information and publicity Hozam Thaimei.

The fabricated press release issued by defected group led by Jenchui Kamei using the name and style of Zeliangrong United Front (ZUF), blaming on ZUF for the terror activities committed by them was nothing but self-explanatory as the saying goes, “the thief has a feather on his head,” it stated.

It stated that their gang having sufficient arms is terrorising the public and hampering developmental works in Zeliangrong areas particularly in Noney district. A number of kidnapping and snatching of machineries/vehicles keys from various companies/contractors for ransom and forced money demand are their only activities because they have no any agenda but only to terrorise the public by using the name of ZUF, it stated.

The general public, particularly the Zeliangrong and its kindred tribes should be very cautious and not to be misled by such gangs and its terrorist activities, it stated. ZUF also appealed to one and all Zeliangrong people to extend maximum prayer support for the political solution as the final solution is going to be signed very soon between the Nagas and the Government of India. The Zeliangrong and its kindred tribes will get maximum political benefits because the Government of India has recognised the contribution of Zeliangrong people under the leadership of Haipou Jadonang and Rani Maa Gaidinliu, it added.