ESU all-rounder Mehul captured 5 wickets and later was adjudged the Man of the Match. 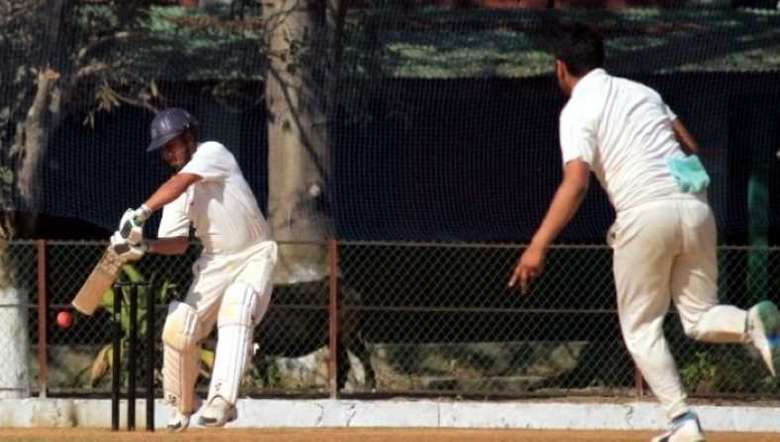 Setting the pace, ESU made a huge total of 305 runs for 4 wickets from 35 overs with Mehul scoring an unbeaten 138 runs while Herojit cracked 69 runs from 62 balls and Srikanta made 43 runs from 32 deliveries. SDC bowlers Subhachandra, Vishal and Kiran, who gave away over 40 runs away, picked up a wicket each.

SDC batsman Lemba gave his best shot, hitting 58 runs from 80 balls while Deepak remain not out with 25 runs but managed 145 runs for 10 wickets from 32.5 overs. ESU all-rounder Mehul captured 5 wickets and later was adjudged the Man of the Match while Hemchand, Chittaranjan picked up 2 wickets and Surjit fetched 1 wicket.

In the other matches, KCC Kongba Bazar beat YWC Patsoi by 159 runs played at Moijing Playground, Thoubal. KCC in their innings put up 254 runs for 5 wickets from 35 over with M Ranojit cracking 80 runs while Sanjit got 82 runs. YWC bowler Ramo fetched 2 wickets while Khebadarty and Rocket chipped in with 1 wicket each.

In reply, YWC Patsoi made 95 runs for 10 wickets from 25.3 overs. Johnson topscored with 17 runs. KCC bowler Robertson, Sanjit bagged 3 wickets each while Basantakumar fetched 2 wickets and Vikash got 1 wicket.  KCC player K Sanjit was declared the Man of the Match for his 82 runs and 3 wickets haul.