The hostellers of DM College of Arts demanded reopening of the boys and girls hostels of the DM University. 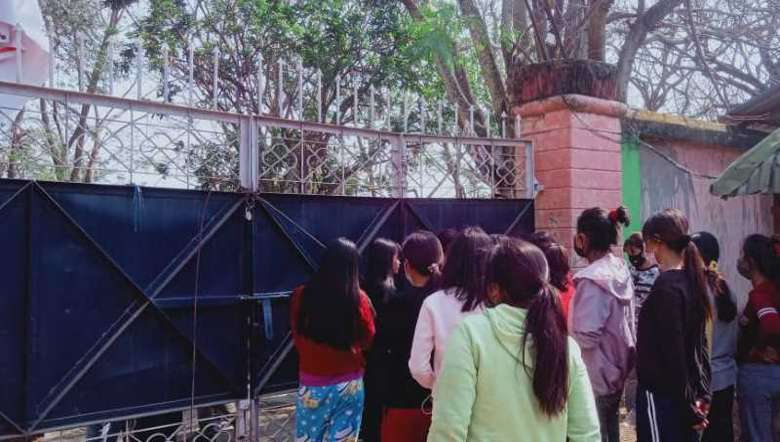 Hostellers of DM College of Arts locked the main gate of the college from inside as a part of its agitation on February 8, 2020.

Hostellers of DM College of Arts locked the main gate of the college from inside as a part of its agitation, demanding reopening of the boys and girls hostels of the DM University. Teachers and day scholars could not enter the campus as the man gate was locked.

The hostellers numbering around 30 entered the hostels on Sunday afternoon and started staying at the hostel, though the hostel is reportedly under a temporary shutdown due to COVID-19 pandemic.

It is unfortunate that the authority of the college has still not issued an order for reopening of hostels, though the registrar of DM University has given approval for opening them, a girl hosteller who took part in the protest said.

As the hostels remained closed, hostellers hailing from far flung areas are facing a tough time in commuting to their college every day, she said.

Asserting that normal classes have started since January 27 and the hostellers do not want to miss the lectures, she said that they have been requesting the principal and authority of the college to reopen the hostels.

Failure of the college authority to reopen the hostels has compelled the hostellers to take up such forms of protests, she added.