Snowfall usually occurs at Shirui Peak. Unlike the past trends, however, snowfall was seen in Tashar village Sunday. 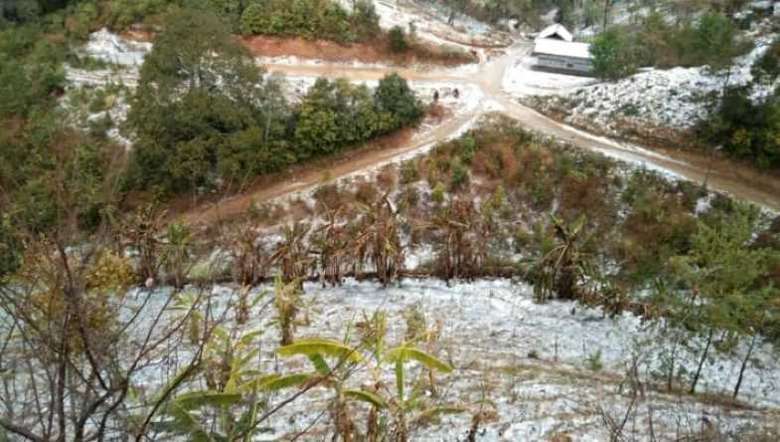 Tashar villagers in west of Ukhrul district in Manipur were left in complete awe on Sunday afternoon to find the peripheries of the village entirely enveloped by snowfall, a rare spectacle, which the villagers claim, took place after a span of more than five decades.

Snowfall usually occurs at Shirui Peak. Unlike the past trends, however, snowfall was seen in Tashar village Sunday.

Shirui peak in Shirui village of Ukhrul is the abode of Shirui Lily, locally known as ‘Kashong Timrawon’ in addition to scores of flora and fauna. This tourist hotspot destination has witnessed scores of snowfall which they believe is a sign of bountiful harvest. The villagers witnessed the same picture- perfect snowfall today.

“Witnessing the magnificent piles of snowfall at our village, Tashar was amazing,” said a visibly excited SW Shangreihao, a resident of Tashar village. It is a sign of God's blessings for the cultivators, he remarked. 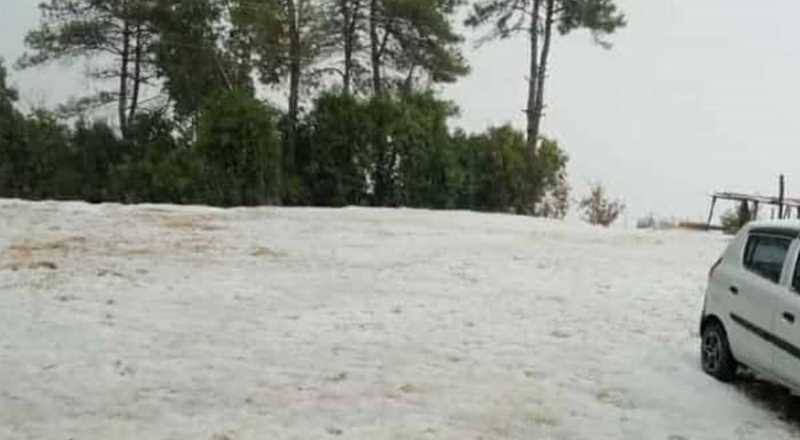 One Homi Chawung said they saw the snow in that level of thickness after a span of 50 years. “It surely means a good harvest for cultivators like us,” he said.

Clarifying doubts whether it was indeed snow or hail storm, one AS Somila, asserted that what flowed down the nullah is nothing but the melting of snow.

Residents of Ukhrul and nearby villagers were seen flocking the sites to witness the angelic snowfall in both villages.

Meanwhile Chanchui Shangh, who was a native of Shirui village told the IFP that this year, snowfalls did not touch Shirui Peak, but covered only the residential areas.

“Elders believed it is a sign of a promising year for the villagers,” he said.

Official sources said there was snowfall, hailstones along with rainfall around 3 pm at Siroy village. However, the sky was clear after half an hour and the weather returned to normalcy.

There were also reports of hailstorms at Kwasiphai village, Lamsang, Imphal west. As per sources, it was also learnt that there were no records of such weather conditions in Ukhrul district in the past especially in the afternoon.