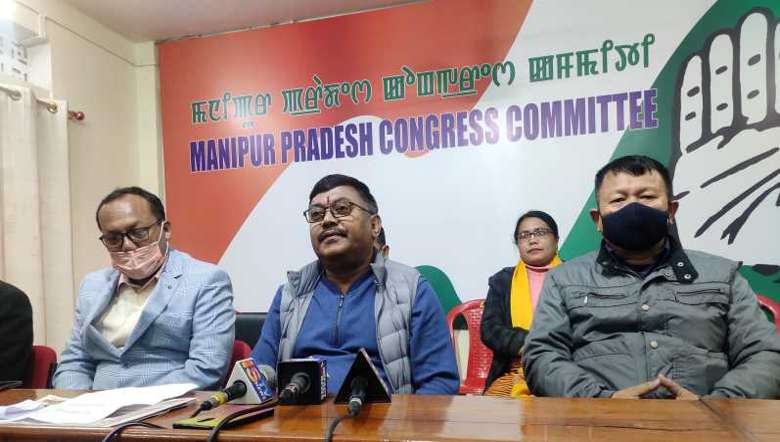 Manipur Pradesh Congress Committee president Govindas Konthoujam has condemned the present government, accusing it of misleading the public with false promises and asserted that only the Congress party can help bring a final solution to the Naga Peace Accord.

Addressing the media during a press conference held at its party office in Imphal on Sunday, Govindas said that the BJP-led government had given many assurances to the public but till date none of them have materialised. The Congress party will fulfil all the promises once the party comes to power, he added.

“We have high hopes that the Congress party will surely return to power in the state. Once the party comes to power, all the unsolved problems will be sorted out,” Govindas assured.

The MPCC president further said that people of hills and valley districts expected that the present government will resolve the decades old Naga Peace Accord by August 15, 2015. But on the contrary, the steps taken up by the government in this regard have become an act of playing to the sentiments of Naga people.

The Congress party can firmly state that no one can resolve the Naga issue, he asserted while recalling that it was during the then Prime Minister Rajiv Gandhi that the Mizo Accord and the Assam Accord were signed on June 30, 1986, and August 15, 1985, respectively.

Mentioning the creation of seven new districts of Manipur in 2016, he said that the present government took support from the United Naga Council (UNC) to roll back the formation of new districts. But ultimately, the government failed in its attempt.

Govindas further said that the same thing happened in the case of ‘Go to Hills’ and ‘Go to Village’ mission. The mission was launched with an objective to promote inclusive and equitable development. However, many interior parts of the state are still lagging behind. The local media had also clearly highlighted the fall flat outcome of the mission launched by the present BJP-led state government, he said.

It is high time people realise the pointless rhetoric of the present government, Govindas added.