The UFM common minimum programme includes providing a stipend of Rs 2,000 per month to every journalist and free medical treatment and education to their dependents. 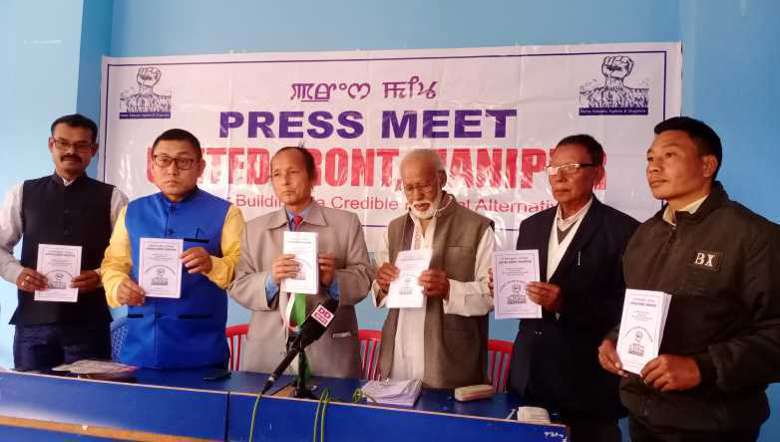 The United Front, Manipur (UFM) has declared to field its candidates in 10 Assembly constituencies of the state in the upcoming 12th Manipur Assembly Election, 2022 and released its common minimum programme.

UFM is a conglomeration of the Republican Party of India (A), the Samata Party (SP), the Democratic Bharatiya Samaj Party (DBSP) and the Vishva Shakti Party.

"All the 27 points included in the common minimum programme of the UFM will turn into action if the people elected the candidates of the party as MLA," promised UFM chairman Sapam Samungou while speaking to the media.

In order to bring positive changes in the society and carve a better future for Manipur, he appealed to the public to support UFM in the upcoming Assembly election.

The common minimum programme includes urging the Centre to insert a special clause in the Indian Constitution to safeguard the territorial integrity of Manipur and to list the law and order situation of Manipur as state subject and remove AFSPA from the state.

The programme further mentioned providing a stipend of Rs 2,000 per month to every journalist and provide free medical treatment and free education to their dependents.

The front also stated giving un-employee allowances to students between the age of 18 and 35 years.