The protesters demanded immediate arrest of those involved in the crime. 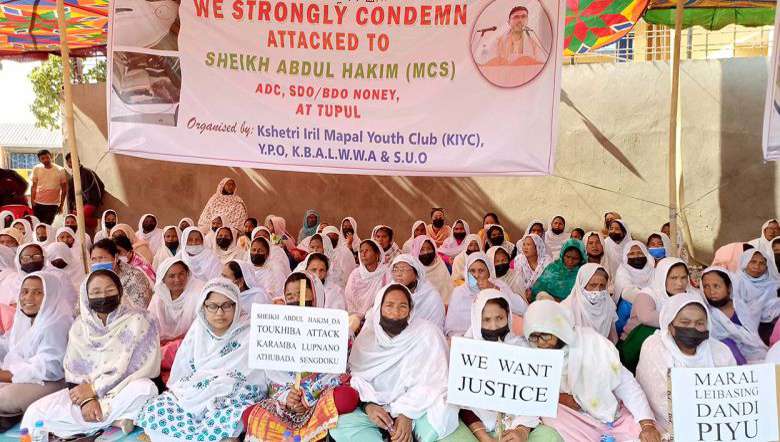 Many civil bodies have staged protest demonstrations urging the government to take immediate action against perpetrators who made an attempt on the life of MCS officer Sheikh Abdul Hakim near Setjang village CRPF camp under Noney Police station, Noney district on February 2.

Kshetri Iril Mapal Youth Club (KIYC) and Athletic Brothers Association Kshetrigao staged a sit-in protest at Kshetri Iril Mapal, denouncing the attempt on the life of the MCS officer. The protesters demanded immediate arrest of those involved in the crime.

It may be mentioned that some miscreants fired several rounds to the Honda City Car which the MCS officer was traveling at around 5 pm on February 2. Reports stated that three bullets hit the car.