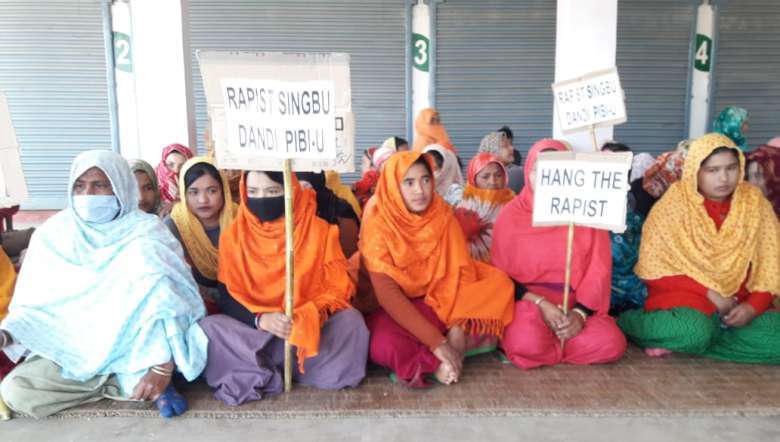 A four-year-old minor was allegedly raped by a 51-year-old man at an area under Thoubal police station in Thoubal district, following which a press meet was organised on Thursday by the JAC formed in connection with the incident, demanding immediate punishment to the accused person.

Thoubal police have arrested the accused Md Fayajuddin, 51, son of Tamij Ali of Sangaiyumpham Part II, Langkhong-pat on Monday. He has been put under police custody for five days after being brought before the court.

The victim underwent consultation with chairperson CWC Thoubal, and sent back to her family members after taking required tests. The JAC formed in connection with the incident, on Thursday organised a press meet at the victim’s locality where several resolutions were taken. It resolved to mount pressure upon the authorities concerned to award death sentence to accused Md Fayajuddin under POCSO Act 2012.

The JAC resolved to take agitations until justice is served to the victim and seek support from civil bodies of the state. It was also decided that the resolutions  taken will be sent to local MLA, DC Thoubal and SP Thoubal.  Womenfolk of the area held placards and took part in the protest.

An FIR has been registered under Section 4 POCSO Act, 2012 concerning the incident, and Women Police Station Thoubal is undergoing investigations.