The Title of Chevalier (Knight of the Order of St. Gregory the Great) is the fourth highest Papal order in the Equestrian Order. 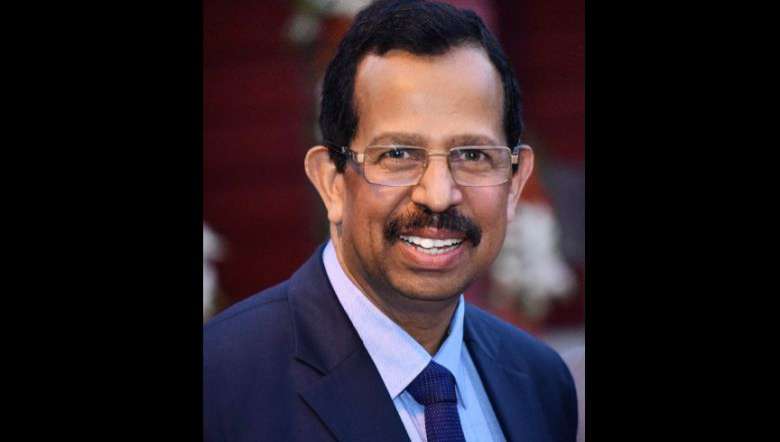 Pope Francis has bestowed on Cyril John, a member of CHARIS International Service of Communion (CISC), the Title of Chevalier (Knight of the Order of St. Gregory the Great), the fourth highest Papal order in the Equestrian Order, which was established byPope Gregory XVI on September 1, 1831 by the Papal brief Quod summis.

According to a statement issued by Bishop Francis Kalist of Meerut & Episcopal Adviser to the CCR in India, the Order, awarded for conspicuous service to the Catholic Church, has been given on his recommendation endorsed by Archbishop Anil J Couto of Delhi and Archbishop Giambattista Diquattro, former Apostolic Nuncio to India and Nepal for his distinguished service to the Church at the diocesan, national, continental and international level, especially through the Catholic Charismatic Renewal (CCR).

CISC was constituted in 2018 on the personal initiative of Pope Francis. Cyril started his servant leadership role as leader of his parish prayer group in 1993; was Chairman of the Diocesan Service Team for six years (1994-2000); Member of the National Service Team of the CCR in India (1995-1998); Chairman of the National Service Team of India (2001-2010); member of International Catholic Charismatic Renewal Services (ICCRS) (2004-2007) and its Vice-President (2007-2015). He was also Chairman of ICCRS Sub-Committee for Asia-Oceania (ISAO) (2006-2019). He played a major role in promoting, strengthening and consolidating the CCR in India and in the Asia region.

His special charism is intercession, specially prophetic intercession – a topic that he has developed, which has been well accepted in the Church all over the world. Widely travelled abroad on mission, and especially to conduct training courses on prophetic intercession, Cyril is the author of five books - 'Spurred by the Spirit', 'Come, let us Celebrate the Holy Eucharist', ‘The Catholic Charismatic Renewal in India – An Appraisal’, ‘Pray Lifting Up Holy Hands' and ‘Prophetic Intercession’, some of which have been translated into as many as 16 languages. It was based on a personal inspiration that he received that a retreat centre – Jeevan Jyoti Ashram – was established in Delhi that can accommodate 200 people for residential programmes. He has also served the Archdiocese of Delhi as a Parish Council Member, Eucharistic Minister and Diocesan Pastoral Council Member.

Cyril has served Lok Sabha Secretariat, Lower House of Indian Parliament for 34 years and retired in 2016 as Joint Secretary and Chief of Protocol. Cyril, who lives in New Delhi, leads an exemplary family life and has been a role model and source of inspiration for many people.

"I am happy that the Holy Father has recognized the exemplary services rendered by Cyril John to the Church and the Catholic Charismatic Renewal in India and around the world. I consider this as a recognition for the whole Renewal. I congratulate Cyril on behalf of the Church and the CCR in India," added Bishop Kalist.

Papal orders of knighthood refers to the five equestrian orders of the Holy See awarded directly by the Supreme Pontiff as head of the Catholic Church, Holy See and Vatican City State.

The fourth highest Papal order, the Equestrian Order of St. Gregory the Great, is awarded in four classes, with military and civil divisions. It was initially founded to reward meritorious civic or military service to the Papal States. Through the reforms of 1905, the Order was modified so that the classes paralleled those of the Order of Pius IX, excluding the collar. The Order is currently awarded for conspicuous service to the Catholic Church, without regard to religious affiliation. These awards are typically given premised on recommendations from bishops or Papal nuncios for specific services rendered to the Catholic Church. Membership in the Order of St. Gregory the Great does not carry the religious obligations of the military orders, making it the preferred award of merit for individual service to the Catholic Church. Since 1994, women have been appointed as "dames" in the same classes as men.