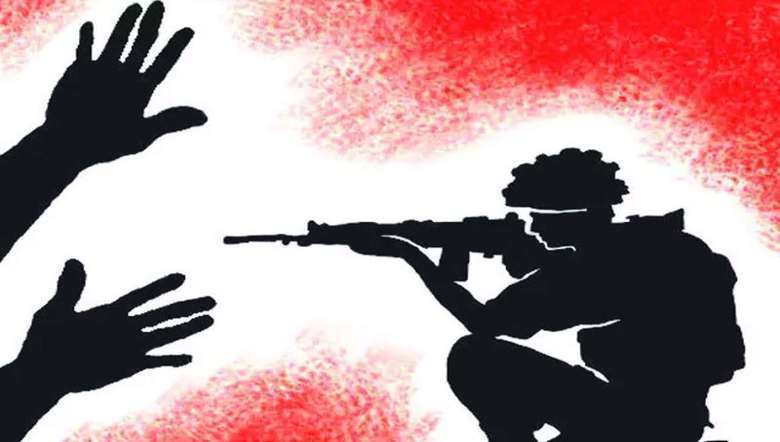 The Ministry of Defence, Government of India, recently objected to the jurisdiction and procedure of the Court of Chief Judicial Magistrate (CJM), Imphal West on dealing with the final report submitted by CBI in connection with the alleged fake encounter case of Pheiroijam Sanajit. The allenged encounter took place on the intervening night of May 30-31, 2004.

The ministry, following a court order, submitted the objection through an authorised representative onJanuary 15, 2021.

The Chief Judicial Magistrate, Imphal West on October 7, 2020 issued show cause as to why prosecution sanction should not be granted for prosecuting the accused persons. Following the show cause order, the court had given time to file objections from the family of the victim and Extra-judicial Execution Victim Families Association Manipur (EEVFAM).

On receiving the objection petition, the court had given time to the Ministry of Defence, government of India to file the same.

Following the direction of the court to submit a statement in reply to the written submission made by the family of deceased Pheiroijam Sanajit and EEVFAM’s protest petition, Captain Himanshu Singh Rana, 13 DOGRA, representing the Ministry of Defence, Government of India, submitted a statement on January 15, 2021.

On grounds of preliminary objection from the Defence Ministry, it stated that the procedure being followed by CJM, Imphal West is in contravention of law laid down by the Supreme Court of India, as no cognisance can be taken due to denial of sanction under Section 197 CrPC and Section 6 of theArmed Forces Special Powers Act (AFSPA), 1958.

After the investigation, the CBI approached the competent authority for the grant of prosecution sanction in terms of Section 197 CrPC and Section 6 of AFSPA Act, 1958. But the sanction was denied by the competent authority, Ministry of Defence, government of India on December 2, 2019 stating the reason that under Section 6 of AFSPA: Protection of persons acting under the Act: No prosecution, suit or other legal proceeding shall be instituted, except with the previous sanction of the Central government, against any person in respect of anything done or purported to be done in exercise of the powers conferred by the Act.

Citing the denial of prosecution sanction by the Centre particularly the Ministry of defence, the CBI filed a final report of the case on October 1, 2020. While submitting the final report, the CBI prayed for passing of an appropriate order.

However, the CJM, Imphal West on October 1, 2020 issued orders to all concerned that the informant, victim’s family and EEVFAM, the Ministry of Defence (where the accused persons belong to) and the CBI for hearing on the case. Further, on October 7, 2020 the court issued a question of denial of prosecution sanction. On October 29, 2020 the court granted the victim’s family and EEVFAM to submit a written objection on the final report.

While the preliminary objection from Ministry of Defence representative stated that granting to file objection or protest petition from the victim family and EEVFAM, is a procedure which is not correct in the cycle of law and is against the rules of criminal law and procedural law contained in CrPC and AFSPA as also against the judgment laid down by the Supreme Court.

And section 197 (2) of CrPC prohibits a criminal court from taking cognisance of any offence alleged to have been committed by any member of Armed Forces of the Union while acting or purporting to act in the discharge of his official duty, except without the sanction of the Central government.

The statement further stated that the aspect of judicial review of an administrative order, denial of prosecution sanction to prosecute, is beyond the powers of the CJM, Imphal West. The order regarding the denial of prosecution sanction has been clearly passed in discharge of official functions and hence there is a presumption that the same was done in a bona fide manner, it stated.

The order of grant or denying of sanction is only an administrative act and not a quasi-judicial one nor is it involved, it added.

Citing the ruling in ‘Ram Kumar vs State of Haryana’ AIR 1987 SC 735 that the legal position clearly emerges that once sanction to prosecution has been denied by the competent authority, no legal proceeding can be instituted before the CJM. As such, The CJM has no role in the subject of grant or refusal of sanction and is barred from proceeding with the matter or take cognizance in view of statutory provisions of Section 197, CRPC and Section 6, AFSPA, 1958, it noted.

Accordingly, the Defence prayed that the proceedings of the case be discontinued or dropped forthwith as the court lacks jurisdiction to take cognisance or proceed ahead in the matter in view of denial of prosecution sanction by the competent authority as per provision of section 197 CrPC and section 6 of AFSPA. It has stated in prayer that the family of the deceased or the informant are not entitled in law to submit any protest petition, objection or submission of the final report filed by the CBI before the court so as to persuade the magistrate to take cognisance of the offence. So, the protest petition or objection should not be entertained and is not being permissible by the law, it stated.

It also noted that the deceased’s family or EEVFAM are not entitled to file any protest petition challenging the denial of prosecution sanction before the court, as not being the appropriate forum to adjudicate. As such, it also pleaded the CJM not to allow the EEVFAM to appear or male submissions before it (court) or to obtain copies of documents produced before the court as it (EEVFAM) does not have any locus for the proceedings are not in the nature of public interest litigation.

It may be mentioned that of the 39 cases where the Supreme Court directed to complete the investigations by December 2018, the CBI has submitted only 14 charge sheets against 78 Manipur Police personnel and nine closure reports for the alleged fake encounter cases before the court till date.

According to reports, the central armed forces were accused of all the nine alleged fake encounter cases for which the CBI submitted the closure reports.