Further delay in implementation of the national policy of UGC will harm the students and higher education in Manipur, FEGOCTA said. 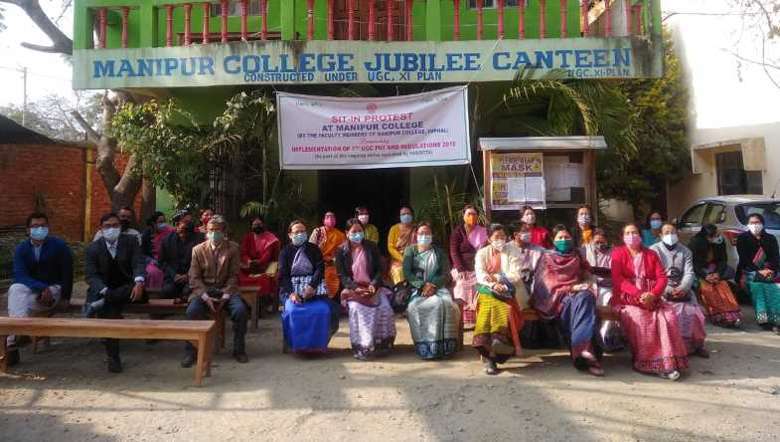 Teachers of various government colleges in Manipur continued with their agitation and staged a sit-in protest in their respective colleges on Saturday under the banner of the Federation of Government College Teachers’ Association, Manipur (FEGOCTA), demanding UGC 7th Pay implementation.

“It is a serious issue that even after five months of cabinet approval, no order of implementing the 7th UGC Pay and Regulation 2018 is issued till today,” it said.

Further delay in implementation of the national policy of UGC will harm the students and higher education in Manipur, the release added.

Questioning why only college teachers are left out when other employees of the state government are enjoying the 7th Pay, the release said that FEGOCTA once again sincerely appeals to the chief minister for his immediate intervention to issue orders on 7th UGC Pay and Regulations, 2018.