The body of Ribash was found in a pond located near his house in the morning of January 24 after he went missing on January 19, according to sources. 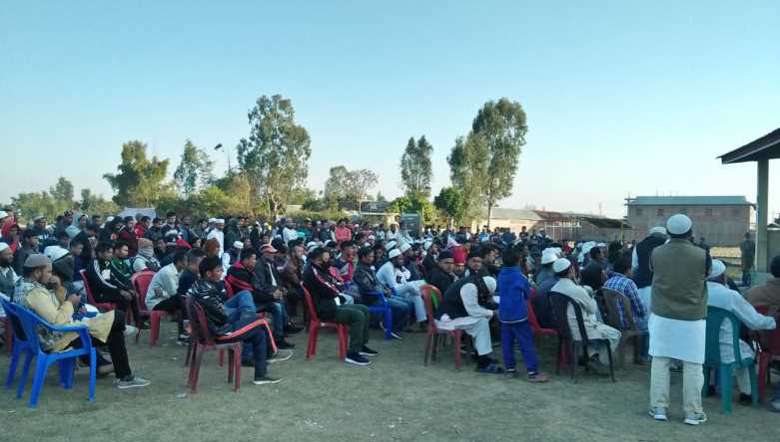 In connection with the death of four-year-old Md Ribash Khan of Thoubal Moijing, the Joint Action Committee (JAC) formed held a public meeting on Friday at the playground located near Moijing High school.

The meeting resolved to urge Thoubal police in taking up prompt action in tracking down CDR/SDR of mobile phones which were used by the suspects, Md Sattar alias Maiba Sattar and Md Khan alias Bin Laden who are now in police custody for interrogation.

The CDR/SDR tracking should also include the mobile phones used by Md Sattar’s second wife Lata and Md Sattar’s grandson Md Farish Khan who are still at large, it added.

The meeting also resolved to demand the authority concerned to withdraw the FIR which has been filed against the JAC without any condition.

It further demanded to carry out magisterial inquiry against delaying in releasing a post mortem report of Ribash to his family members, and also resolved to drum out the culprits involved in the crime from the locality after they have been proven guilty.

It may be mentioned that the body of Ribash was found in a pond located near his house in the morning of January 24 after he went missing on January 19. He was the third child of Md Riyaj Khan alias Oja Riyaj Khan of Moijing Leingoijil Makha Leikai under the jurisdiction of Thoubal Police Station.