Academics, activists and lawyers call for day-long fast, all religion prayer meetings on Martyrs Day in support of farmers movement 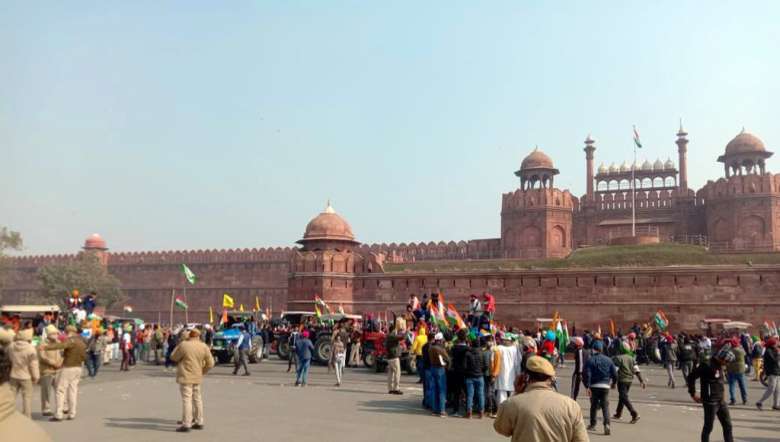 Expressing solidarity to the ongoing farmers' movement against the new farm laws, a group of senior academics, activists and lawyers on Friday condemned the Narendra Modi government’s "attempt to criminalise and break a legitimate people’s movement".

Addressing a press conference at the Press Club in Delhi on Friday, the speakers claimed that the "fake" state narrative of the farmers movement as a "violent conspiracy" against India, is an exact copy-paste of the narrative that was seen around the anti-CAA movement in 2020.

"Violent mobs are being deliberately incited, to target individual farmers leaders and at protest sites to suppress the democratic voices of the people," the group said in a statement.

The speakers stated that the government has activated the criminal justice machinery to lodge FIRs against the farmers' leaders under a range of criminal laws, including the UAPA despite the unequivocal condemnation of any violence on the Republic Day by the farmers' leaders.

"This is now becoming a familiar playbook of the ruling establishment, last seen in the winter of 2019, when the equal citizenship movement against the CAA-NRC, and its young leadership, was similarly vilified, terrorized, charged under UAPA, and arrested," the statement read.

The speakers demanded an unconditional withdrawal of the motivated FIRs against the leadership of the farmers movement, calling it a brazen misuse of the police and the law to silence people’s legitimate democratic expression.

The speakers also appealed  to all Indian citizens to organise a day-long fast, all religion prayer meetings, in their respective towns and cities at 5:17 pm or protest on January 30 on the occasion of Martyr's Day or Shaheed Diwas in solidarity with the farmers movement.

In Delhi, the prayer meeting will be held at the Gandhi Peace Foundation, near ITO, the statement added.