Ward No 12, 1 enter semis in volleyball. 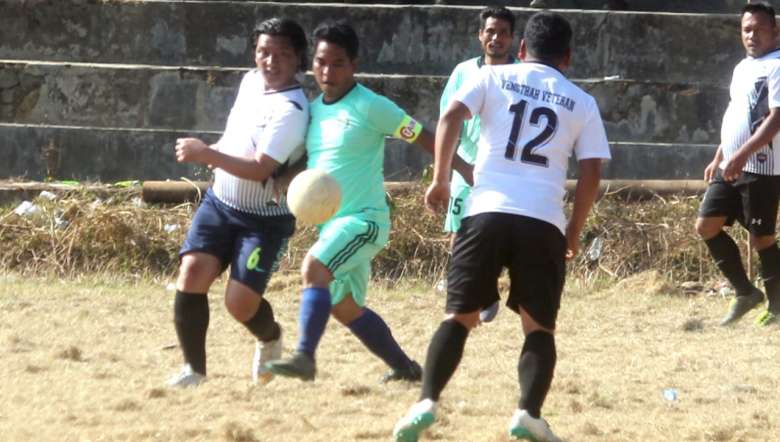 Ward No 8 in Under-15 football booked a semifinal berth in the ongoing 17th Kanggui Inter Ward Tournament this Thursday morning after registering a narrow 2-1 win over Ward No 16.

Despite Ward No 16’s early lead through Seilenna strike in the 4th minute, Ward No 8 found the equaliser in the 30th minute through Mangkhalen and Letginhao found the winning goal in the 49th minute with his volley.

In main football, Satboilen scored four goals in the 7th, 21st, 58th and 63rd minute and Hengunsei scored in the 80th minute, giving Ward No4 an easy 5-0 win over Ward No 3(B) team.

In the Veteran second quarter final match, Thangcha gave Ward No 3 a semi final berth with his hat trick in the 7th, 17th and 46th minute after an easy 3-0 win over Ward No 12.

In another Veteran quarter final match, Ward No 2 had an easy 4-0 win over Ward No 4 to book a berth in the semifinal round.

In Veteran semifinal match, Ward No 1 will lock horns for the final with Ward No 3.