MNCA (A) skipper W Ganga Devi was adjudged as the Man of the Match for her 3 wickets haul and 5 runs. 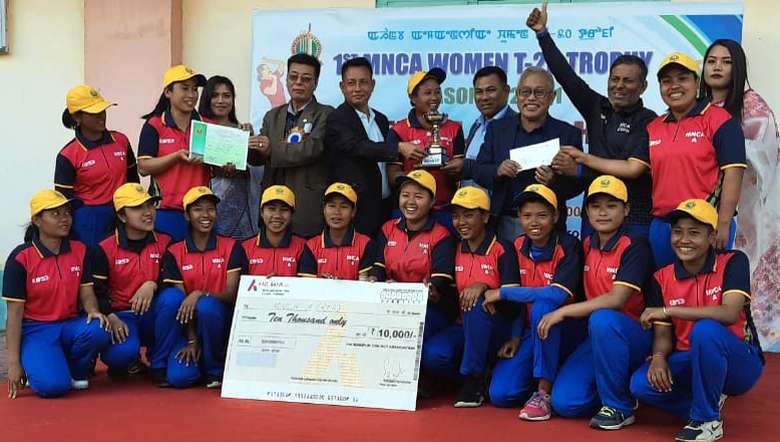 MNCA (A) batsman had an easy chase, reaching the target in 12 overs for the loss of 4 wickets with Rebika Devi top scoring 18 runs from 16 balls. Kalpana Devi got 8 runs while Ganga Devi chipped in with 5 runs. MNCA (C) bowler Kiranbala Devi bagged 2 wickets for 14 runs from 4 overs.

MNCA (A) skipper W Ganga Devi was adjudged as the Man of the Match for her 3 wickets haul and 5 runs.

The Highest Wicket taker title was bagged by K Meri Devi for her 8 wicket haul from three innings, winning Rs 1000 while the Most Promising Player of the meet was claimed by Khadija of MNCA (D) for her 5 wickets from three innings along with Rs 500.

MNCA (A) as a winning team walked away with Rs 10,000 while MNCA(C) got Rs 7,000 along with trophy and certificates. MNCA (B) and (D) team also awarded consolation prizes of Rs 5,000 each with certificates.