The AAP leader was sentenced to two years in jail for assaulting the AIIMS security staff in a case registered in 2016. 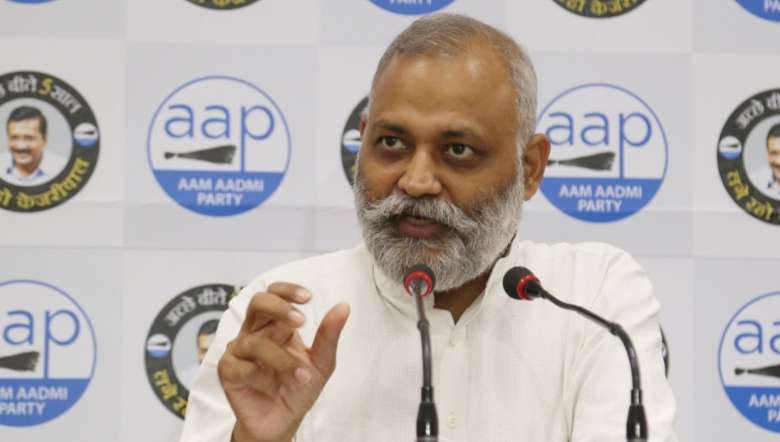 A Delhi court on Saturday sentenced Aam Aadmi Party (AAP) MLA Somnath Bharti to two years in jail for assaulting the AIIMS security staff in a case registered in 2016.

The court, however, granted bail to the AAP leader to enable him file an appeal against his conviction in the Delhi High Court.

The prosecution has duly proved that on September 9, 2016, Somnath Bharti, along with nearly 300 unknown associates broke the fence of  boundary walls of All India Institute of Medical Sciences (AIIMS) in Delhi with a JCB to access the AIIMS premises, Magistrate Ravindra Kumar Pandey stated.

According to reports, four associates and co-accused- Jagat Saini, Dileep Jha, Sandeep Sonu and Rakesh Pandey, were acquitted in the case citing lack of evidence against them.

The case was registered on the basis of a complaint by AIIMS chief security officer RS Rawat stating that the AAP leader had “provoked the mob to damage the fence of government property (AIIMS".