Examination is approaching but the students cannot enter the colleges due to the curfew, a student said. 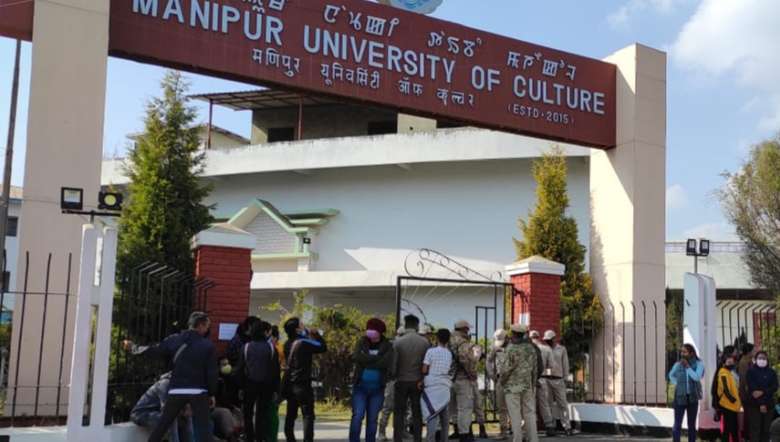 Briefing to the media, a student, R K Leninsana said they have no intention of resorting to violence but they want to make an appeal to the authorities to withdraw the curfew and solve the problems concerning the admission process at the earliest. The curfew was imposed on the night of December 28, following agitations by students.

He said, the examination is approaching but the students cannot enter the colleges due to the curfew. Since the past two months, the students have been approaching the chief minister and other authorities concerned to allow admission to students of Dance College, Music College and JN dance academy in the university. However, there has been no response from their side till date, he added.

Later in the evening, a student, Boy told the Imphal Free Pressthat the university authority invited representatives of the students for a talk and assured them of withdrawing the curfew by Tuesday.

It may be mentioned that teachers of Jawaharlal Nehru Dance Academy, Imphal resigned as members of Manipur University of Culture academic council on November 30 last and they have also resolved to abstain from participating in any activities related to the university.

The teachers took the decision while expressing dissatisfaction that the students who passed out from the academy were denied admission in MA at MUC.