This is Manipur’s second win as they have earlier beaten Meghalaya and lost one match to Chandigarh, among the five matches to be played. 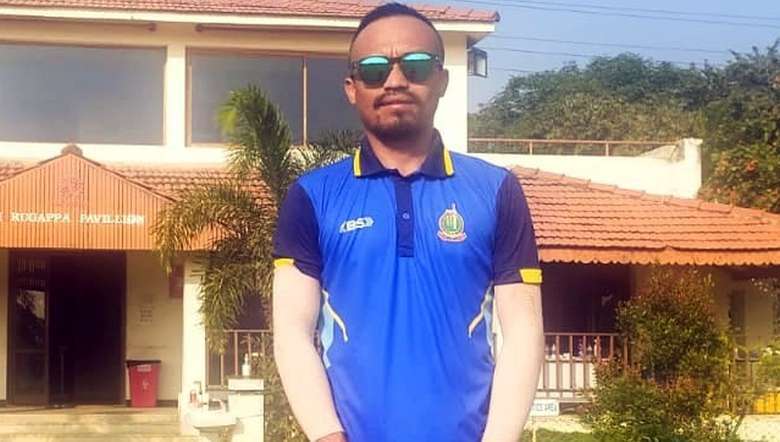 Man of the Match M Langlonyamba

Manipur pulled off a 45-run win against Arunachal Pradesh in the Syed Mustaq Ali T-20 Trophy 2020-21 played at TI Murugappa Ground in Chennai.

This is Manipur’s second win as they have earlier beaten Meghalaya and lost one match to Chandigarh, among the five matches to be played.

Manipur took to the crease after winning the toss and made a steady start and Langlonyamba managed to score 29 runs from 34 balls. L Kishan Singha also quick fired with an unbeaten 22 runs from 12 balls to post 149 runs for 8 wickets from 20 overs.

Arunachal Pradesh bowler Akilesh Sahani and Doria were the most successful ones, claiming 3 wickets each while Manav Patil fetched only one wicket.

In reply, Arunachal batsman made a shaky start, losing quick wickets but wicketkeeper Kamsha Yangfo stood his ground, making 22 runs from 24 balls along with Rahul Dalal, who top scored with 29 runs from 27 deliveries.

But their hard work came to a halt, as wickets fell regularly at the other end and bowed out with 104 runs for 10 wickets from 19.4 overs.

Manipur’s next match will be against Bihar on January 17. to be played at Sri Ramachandra Medical Ground, Chennai.