Meghalaya government must prevail upon Centre to approve resolution for implementation of ILP: Mukul Sangma

The former CM was reacting to the growing demand that all the 60 MLAs should go to Delhi to aggressively pursue the ILP demand with the central government. 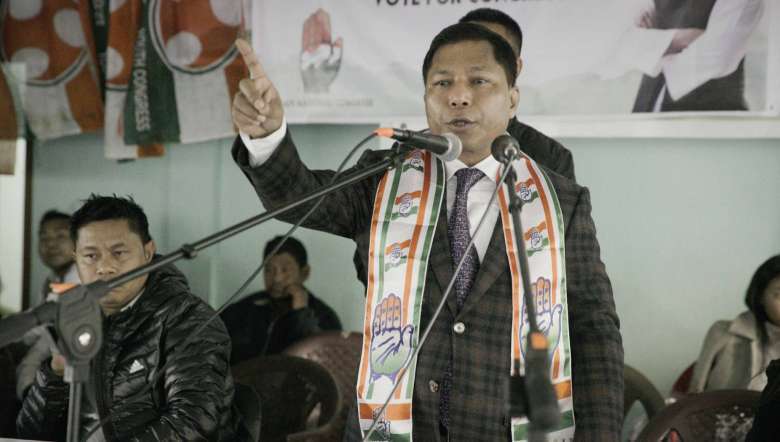 Leader of Opposition in Meghalaya Assembly Mukul Sangma on Monday said that it is the duty of the state government to prevail upon the Centre to approve the resolution for implementation of the inner line permit (ILP) in the state.

“We have given the mandate to the government…Now it is their duty to fulfill this responsibility to prevail upon the Government of India and pursue what they have promised (on the floor of the house),” Sangma told reporters on Monday.

The former CM was reacting to the growing demand that all the 60 MLAs should go to Delhi to aggressively pursue the ILP demand with the central government.

Sangma also recalled that the members of the CLP had raised the issue to draw the attention of the state government on the promises made in December 2019.

“I also think that people have to revisit the assurance and see that the government whatever promises made are kept as you have to promise only when you have the commitment and conviction to fulfill it,” he said.

“That is why we have been saying, we are not playing to the gallery and we are not going to go by what others say, we have demonstrated our conviction and our stand in the floor of the house, so we don’t have to be told what to do, as we know what to do as a political party and as responsible elected representatives,” Sangma added.

On the recent statement made by Union Sports Minister Kiren Rijiju that ILP is a political decision,  Sangma said, “That is a diplomatic statement given by one of the members of the union cabinet, you have to read between the lines, why didn’t you ask them about the resolution and about the commitment of the parties in the government including the BJP, which is part of the coalition. This resolution is not only adopted by one political party it is a collective and unanimous decision that we have adopted the resolution. Therefore, what is their stand and likely respond to this resolution, you have to ask them. We only want whatever is assured in the house by the government; they must aggressively follow it up and ensure that they prevail over the Government of India to agree to comply with what was proposed and adopted in the resolution.”