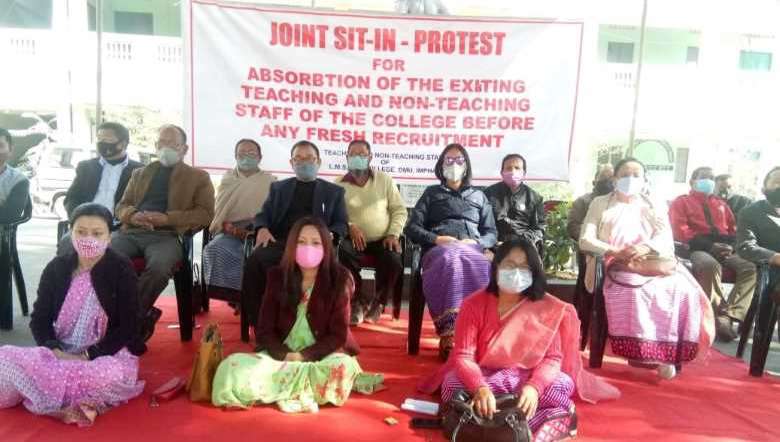 The teaching and non-teaching staff of LMS Law College staged a joint sit-in protest at the premises of the college in Imphal on Friday.

Linthoi further said that the teachers are not against fresh recruitments but they are demanding that the present guest teachers should be absorbed as regular teachers before the recruitment.

On January 4, the committee had resolved to abstain from online classes for both undergraduate and postgraduate classes from January 5 and to begin to sit-in protest on a rotational basis from January 6 and launch a series of agitations.

The teachers have also staged a joint sit-in protest at DM College of Science on January 6, and they have abstained from online and offline classes for both undergraduate and postgraduate classes since January 5.