General secretary ATSUM SR Andria questioned at a press meet in Imhal how the churches were excluded in the regularisation of religious structures. 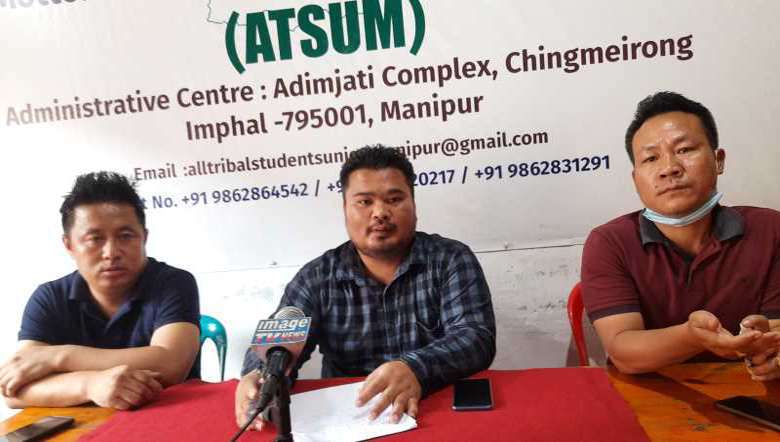 All Tribal Students Union Manipur (ATSUM) has appealed to the state government to repeal or revise the order, dated October 27, 2001, issued for evicting of churches from Tribal colony, New Chekon, Imphal.

ATSUM pointed out a committee comprising the then chief secretary as chairman in 2011 regularised 188 standing religious structures in five districts of the state. However, it is unfortunate that the committee has failed to include Christian churches among the 188 religious structures, said ATSUM.

Briefing the media at its office Imphal on Wednesday, general secretary ATSUM SR Andria questioned how the churches were excluded in the regularisation of religious structures. He appealed to the state government to revise the order and make it inclusive of all religions. He further appealed the state to rectify the new orders so that secularism is followed.

Andria also expressed his disappointment that the order for removal of churches was issued during the time of Christmas celebration.

Andria pointed out that the Supreme Court of India in its order dated 29 September 2009 directed all States and Union Territories that no fresh unauthorised construction shall be carried out or permitted in the name of Temple, church, mosque or Gurudwara on public streets, public parks or other public places.

He also said that the Supreme Court of India in its subsequent order dated December 7, 2009, also gave directions to frame a policy to review the unauthorised construction of religious nature on a case to case basis and take appropriate steps expeditiously as possible.

Further, he said that another Supreme Court order on February 16, 2010, directed all States and Union Territories to formulate a policy regarding removal/relocation/ regularisation of the unauthorised constructions.

As per the order, the state government had also formed a committee comprising the then chief secretary as chairman and various secretaries of other departments as the member in the year 2010.

In October 27 2011, the committee issued an order where they listed a number of 188 standing religious structures to be regularised in five districts. But unfortunately, on the contrary to the principle of secularism in the country, the committee excluded the Christian churches from such regularisations, said Andria.

A release by president AMCO, Prim Vaiphei stated that most of the churches at Tribal Colony had been constructed since 1974 which was prior to the Supreme Court Guideline/ Direction with the cut-off date as October 29, 2009.