Jhalajit, who was honoured with Padmashree and Manipur State Kala Akademi Fellow (2011), was one of the most revered scholars and historians of Manipur. 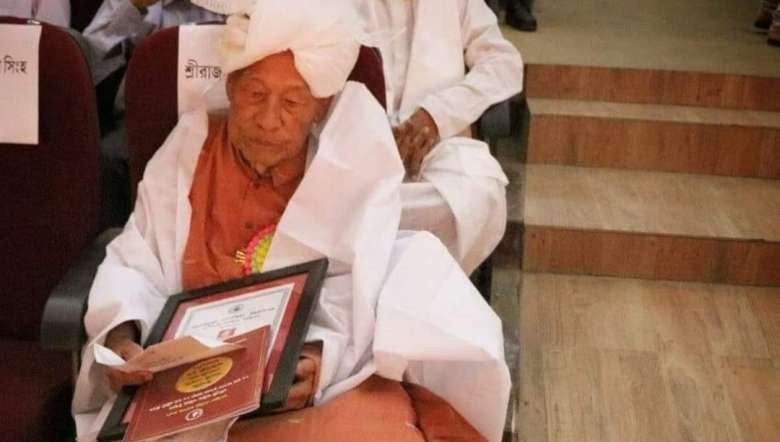 The Manipur State Kala Akademi condoled the sudden demise of Manipuri scholar and historian Rajkumar Jhalajit Singh by observing a two-minute silence as a mark of respect to the departed soul.

A release by its secretary L Kishworjit Singh on Thursday stated that Jhalajit was born in 1924 at Yaiskul Chingakham Leirak, Imphal.

The release stated that Jhalajit who was honoured with Padmashree and Manipur State Kala Akademi Fellow (2011) was one of the most revered scholars and historians of Manipur. A culturally renowned personality, Jhalajit was one of those tall figures who has been in the forefront of the cultural and literary movement of the State for decades.

Jhalajit also served as a member of the Court Academic Council and the faculty of Law in Gauhati University. He also served as principal of LMS Law College, Imphal, held the position of Controller of Examination at Manipur University and served as president of Manipuri Sahitya Parishad and Manipur Sanskrit Parishad after retiring from his job, the release added.