Who is stopping him from resigning

IFP Editorial: Defending his extension by the state cabinet for a period of six months, Th Bhimo said it may be due to his experience in handling the COVID-19 situation from the initial period. 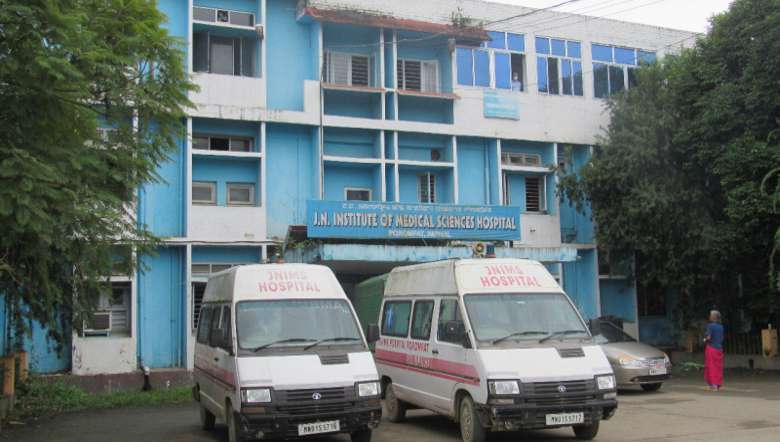 JNIMS director Th Bhimo said that he is willing to resign from the director’s post for the welfare of the hospital if his directorship will affect the hospital during NMC inspection. Well, the question is why don’t he resign from being the Director of JNIMS as demanded by all the employee associations of the institute. Any person beyond the age of 70 has some problem with the mindset. Even doctors beyond the age of 62 are not allowed to serve in administrative posts except in teaching posts. Dr Bhimo said he will continue his service as per a state cabinet decision. Why? Why is Dr Bhimo so special to the institute that he should continue to hold the post of Director? The service period of Bhimo expired on December 15 but extended till December 31. By a Cabinet decision, his term was extended again. We would like to ask the authorities whether Dr Bhimo has any outstanding contribution to the state’s fight against the pandemic and what are his special talents which are not present in the other health professionals who are qualified to be appointed as Director of JNIMS.

This needs to be clearly spelled out. One needs to recalled that, Dr Bhimo was nowhere in the administrative set-up when he was at RIMS. He was just a doctor and Professor.

Th Bhimo reacting to news reports published in locals dailies said that the institute hangs in uncertainty as the medical institute could face de-recognition if the claims of the institution being run by a director allegedly against the norms of Commission are found to be true by the National Medical Commission (NMC). The question of de-recognition of JNIMS during NMC inspection depends on some criteria, he said. Pointing out an example, he said that during the inspection, the infrastructure for being a medical institution will be inspected. As per norms of NMC, if his directorship is going to affect the recognition or de-recognition of the medical institute, then he will resign from his directorship. Defending his extension by the state cabinet for a period of six months he said it may be due to his experience in handling the COVID-19 situation from the initial period.

Responding to IFP, he said as per Essential Service Maintenance Act and National Disaster Act, holding agitations during COVID is violation of the Act. We are sure, there is nothing in the National Disaster Act which says that the Act can be circumvented to suit the fancies of the government in furthering the career of officials.

This is not the first time that health professionals have taken up arms. Recently, the All Manipur Health Services Doctors Association (AMHSDA) took exception to the extension of Dr K Rajo as director of Health Service for six months. AMHSDA had resolved on December 18 to launch various lines of action from December 21 against non-fulfilment of their demands. On the other hand, the Directorate of Health Services has warned government doctors with regard to the agitation proposed by the All Manipur Health Services Doctors Association (AMHSDA) including stopping of emergency services from December 21. The question was on the logic of Dr Rajo’s extension. Is he that indispensable? What are his plus points which merited the extension at the expense of other health administrators waiting in line? Looking at the track record of the government, past or present, it has a habit of giving extension to the services of top level officers who are due to retire.

But, this too is for a selected few who has a line with the powers that be. Same is the case with Dr Bhimo. What special talents has he got which are absent in other health professionals who has had administrative experiences?