A cleanliness campaign supported by NEC under the SWACCHTA Scheme was held at Ibudhou Marjing, Heingang, Imphal East on Sunday. 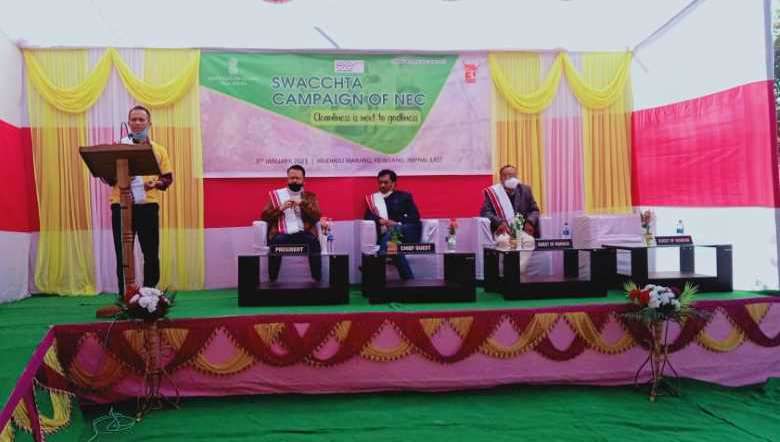 Maintaining cleanliness in public places will be a hard thing to achieve if cleanliness did not begin at one's own house, Jiribam MLA MD Ashab Uddin said.

Addressing the cleanliness campaign supported by NEC under the SWACCHTA Scheme held at Ibudhou Marjing, Heingang, Imphal East on Sunday, Ashab said that people have the habit of throwing or disposing of waste in improper places.

Calling for a change in habits, the MLA said once the habit is avoided, it will not be a hard thing to make a cleaner Manipur.

Although the condition of Manipur in terms of cleanliness is better than a few other states, a collective effort is needed to bring the state among the cleanest states in the country, Ahab said. He also appealed to the people of Heingang to support the chief minister in his future endeavours.

Tourism director W Ibohal Singh said that the facilities available and details of Ibudhou Marging should be published in a booklet so that every visitor has more knowledge about the place.