ITA-SA, CHELLAGUMSI: A call for discontinuation of the traditional elopement practice amid the rise in rape cases and other crime against women in Manipur. 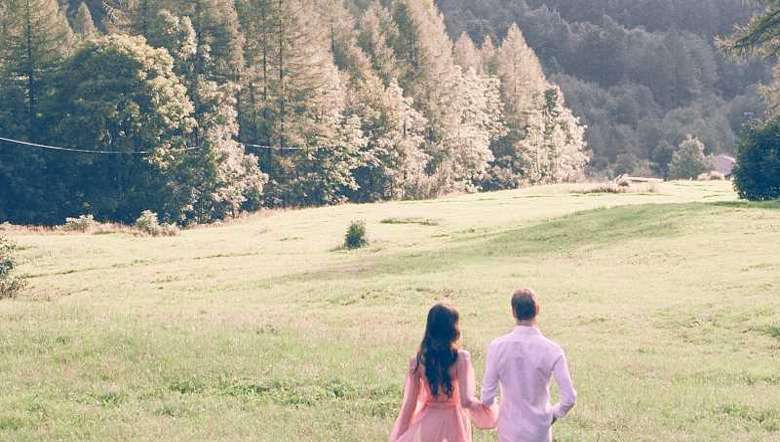 A vivid memory from my childhood: My mum unusually chirpy early one morning. The reason? Her precious little brother (our Mamo) “Nupi Chelle” as I overheard her speak over the phone. Dad scolded her for corrupting the young minds who could overhear her. Young me wondered why they were making such a hue and cry over someone going for a morning jog!

Fast forward to 2020—In September 2020, the headlines screamed- “Gang raped by boyfriend, others, 14-year-old Manipuri girl dies after ‘elopement’ goes wrong”. This case sounds eerily similar to that of a Junior Research Fellow of RIMS Pathology Department that occurred in 2013. She was lured out of her home on the pretext of eloping with her lover and her body was later recovered brutally gang-raped and murdered. This November, a woman narrowly escaped a similar fate. A man known to her and whom she trusted enough to elope with at 7 pm, leaving the safety of her home was “raped and beaten at gunpoint”. Having strangulated her, the man abandoned her to die at a power-station. As many as 22 women were allegedly raped during the Covid-19 lockdown, including 16 girls under the age of 16 years, as per a report presented at the inaugural function of the 16 Days of Activism against Gender-based Violence 2020.

In this day and age when something as trivial as a mobile phone or even a pair of earrings can be insured, why are women in our society so naively falling prey in the name of love? One view I came across stresses that there is nothing romantic about this age-old practice. Men capturing women in the behest of elopement without their consent and even between lovers, men planning elopement without the consent of their partners is a common practice. In today’s world where marital rapes and date rapes are being called out as heinous and unacceptable, the aforementioned practice is outright a sexual offence. Under-aged youngsters eloping and ruining their own futures is not romantic at all but is a huge lapse in the growth and progress of society.

What still upholds this ill practice?

1. Traditions: Meaning the customs or beliefs from generation to generation. The custom of Chenba among the Meitei community in Manipur is ingrained in our history and is a beautiful romantic notion that is heart-wrenchingly described in our timeless KHAMBA-THOIBEE Epic. But those were simpler times centuries ago when people were more honest, kinder and even the villain upheld strict moral values.

2. Society: The marriageable age as the Hindu Law of 21 years for males and 18 years for females is not applicable in our Meitei society on the pretext that the couple had to actually consent to elope and enter into the wedlock. Such liberties distract the young minds from their actual priority of completing their education, choosing or pursuing the right career, growing up and learning to socialize and fit into the real world, etc.

3. Parents: The participation of the parents in match-making is actually nil yet they expect the immature young individuals to find the perfect match who would fit into the traditional expectations of a perfect son/daughters-in-law leading to fall-outs, disappointments, heartaches and broken homes in its wake. Then there are cases when parents and the society actually encourage this custom especially for financial constraints, astrological incompatibility, lack of auspicious dates and for some inconceivable reason, as a cure for alcohol and other substance addiction, stubbornness, lack of a job, you name it.

4. Peer Pressure: “Everyone’s doing it so why not me?” It might seem like the most perfect thing to wake up next to your school crush for the rest of your life but if not done age-appropriately, love can do a disappearing act under a load of dwindling finances, unpaid bills, expensive diapers costing a minimum of 10-20 rupees per piece (and you will need a lot of them each day!)

What could be the more reasonable alternatives?

Although not as exciting, arranged marriages are a reasonable option. The parents are also major stakeholders in the selection process here so the chance of duplicity or falling victims to criminal minds is reduced.

Not all marriages get the blessings of our dear and near ones but instead of eloping, the couple could opt for a court marriage where the marriage will be solemnized in the presence of a lawyer and witnesses, hereby safeguarding the legal rights of both husband and wife.

The institution of marriage creates viable social and economic conditions for both the partners and protects the interests of their off-springs. Statistics prove that married women are less likely to be victims of violent crimes than in single or divorced women.

What is the recipe for a perfect marital union? Elopement or Arranged marriage?

In this day of COD (cash on delivery), instant gratification, rewards and exchange offers, the human mind is forever changing and less tolerant than ever. The demands of modern life are also taking a toll. Even with two “decent” incomes, families often fall short to meet the ever-increasing need and greed of the individuals, leading to fall-outs, intolerance and petty squabbles. Then what is the remedy, one may ponder. Well, the time-tested age-old methods still hold true. Patience, counting till ten, avoiding harsh words in anger, tolerance, trust, understanding and above all, respect are still the magic words.

Of our many traditions that have given way to new trends to fit in with the current times, marriage is one ancient tradition that has stood the test of time. Marriage is a union between two individuals and as long as you fiercely guard that a third, namely negativity does not enter the scene, you would do just fine. Prioritizing your marriage and giving each other time, making an effort to communicate and spending time with the spouse, acknowledging the good instead of harping on the bad, taking vacations together to Couple’s therapy are all recommended methods to resolve marital conflicts.

What counts in making a happy marriage is not so much how compatible you are but how you deal with the incompatibility.

( The views expressed in the piece from Pukning Pothasang are the author's own. The author can be reached atpukningpothasang@gmail.com)