MPP general secretary H Gitajen Meitei said that reviving a regional party is the utmost need and sought support from the people. 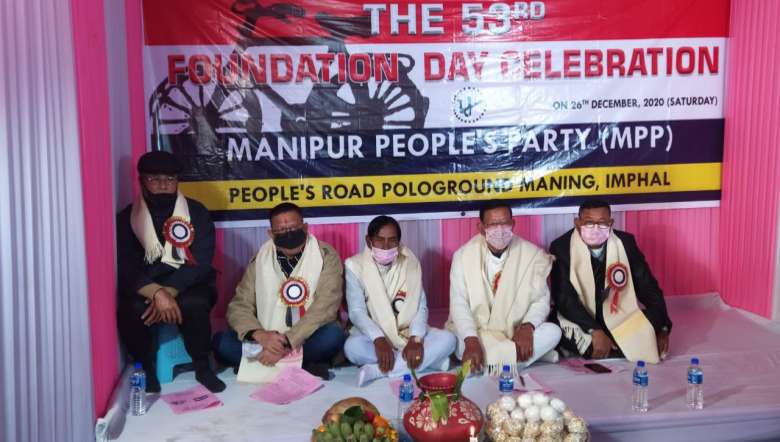 Manipur People’s Party (MPP) general secretary (Administration) H Gitajen Meitei said that the members of party are putting their best efforts to bring back MPP to power in the state.

The party will send its strong candidate in the coming general election of 2022, Meitei saidduring the party's 53rd foundation  day celebration on Saturday.

The MPP general secretary also stated that in many states of India, there is stronghold of regional party. Like them, MPP will try to revive its strength like it was once that ruled the state. However, support and cooperation from the society is much needed to achieve the target of the party, he added.

Recalling the period when MPP used to rule the state, he said that the party was such a powerful party at one point of time. During those periods, various developmental activities were taken up and some of them are establishment of Manipur University, Dhanamanjuri College of Arts and Commerce, setting up of Regional Institute of Medical Sciences and others, he added.

“Those developmental activities strongly inspire the present party members to bring MPP back in power in the state,” said the general secretary.